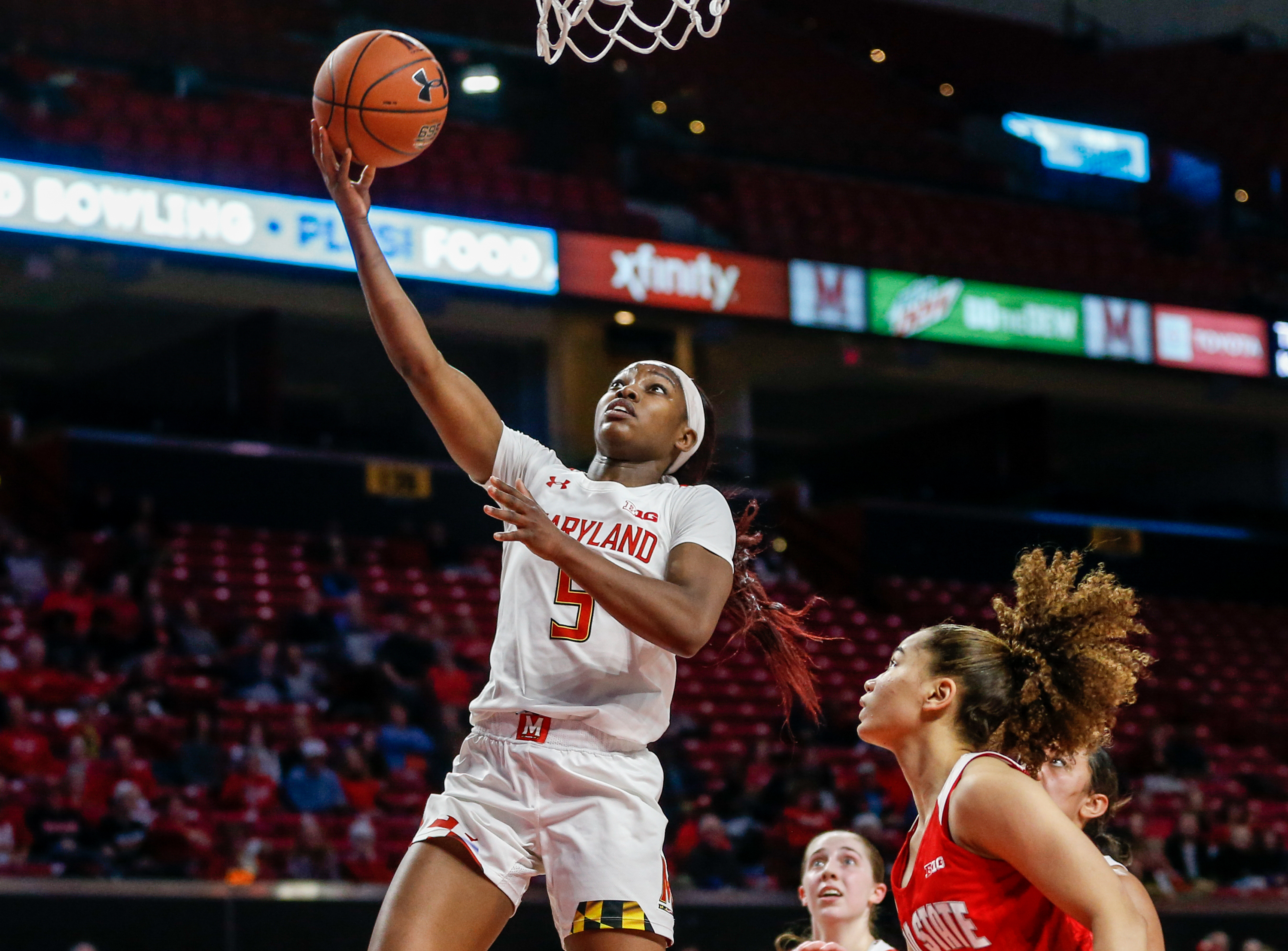 By University of Maryland Athletics

COLLEGE PARK, Md. – Senior Kaila Charles scored a game-high 16 points and added eight rebounds to lead No. 13/12 Maryland women’s basketball team past Rutgers, 79-50, at XFINITY Center Sunday afternoon in front of a season-high 9,239 fans. The Terps moved to 20-4 overall this season, marking the 16th-consecutive year head coach Brenda Frese has guided Maryland to 20 or more wins in a season. The victory also pushed the Terps into sole possession of first place in the Big Ten at 11-2 and setting up a huge clash with No. 19/20 Iowa (10-2 in Big Ten play) on Thursday night in College Park.

Maryland used a stifling defense to limit Rutgers (17-5, 7-5) to their fewest points scored in a game all season. The Scarlet Knights shot just 34 percent from the floor and scored only nine and seven points in the second and fourth quarters, respectively. Maryland also forced Rutgers into 18 turnovers and blocked three shots.

The offense poured in the highest point total allowed by Rutgers in 2019-20 as the Scarlet Knight were allowing just 54.2 points per game. The Terps jumped out to a 44-26 lead at intermission and never looked back, leading by as many as 29 — the final margin. Big Ten Freshman of the Year candidate Ashley Owusu tallied 14 points and handed out a season-best nine assists while committing just one turnover. Joining Charles and Owusu in double-figures were senior Stephanie Jones (14 points) and sophomore Shakira Austin (12 points). All nine Terps who played, finished in the scoring column.

“We really wanted to embrace the physicality,” head coach Brenda Frese said. “I thought we set the tone aggressively, when you talk about five straight turnovers to force them into the start. You know Rutgers, for us to hold them to the fewest points they have scored in conference play, then on the flip side for us to score as many points as we did, I thought it was a pretty flawless game. I thought we really played well together.”

For the second game in a row, Maryland was stellar from the free-throw stripe, making 25-of-29 for 86.2 percent. That came on the heels of an 88.2-percent effort at Indiana last Tuesday. Over the last two games, Maryland is 40-of-46 for an 87 percent clip from the line.

Charles moved to eighth on the career-scoring chart, surpassing Shay Doron (1,878), as she now has 1,886 points.

Maryland has won eight of nine meetings with Rutgers since both teams joined the Big Ten in 2014-15.

Maryland returns to action on Thursday in that battle for first place in the conference as the Hawkeyes come to the XFINITY Center for 6 p.m. ET tip on BTN.