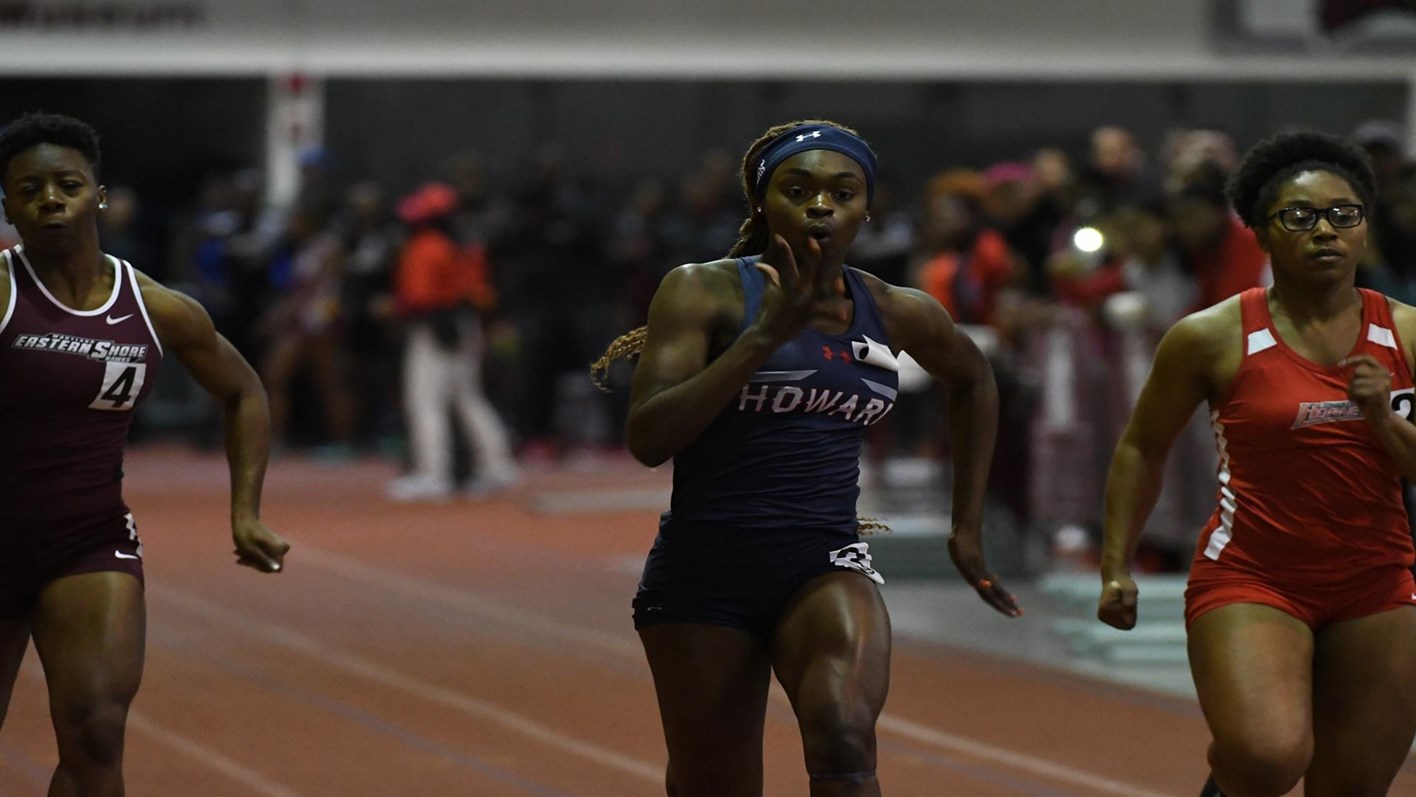 “Our women really put on a show,” said Howard Director of Track & Field David Oliver. “Everyone who touched the track ran a new personal best. We didn’t take home any individual wins, but the exposure to this type of environment a few weeks out from the [Mid-Eastern Athletic] conference championships is invaluable. Things are definitely trending upwards.”

Gbai and Wilson reset their own school records in their respective events. Gbai broke the women’s 200-meter dash with a 24.14 time while Wilson shattered the 800-meter run (2:10.09), a mark she set a week ago.

“She’s having a great freshman campaign,” Director Oliver on Wilson. “Her performance [in the 800-meter run] ranks No. 2 in the MEAC this season [and] she also qualified for the 400-meter dash.”

The weekend wrapped up with the 4×400 relay where HU had a pair of teams finish third and fifth, respectively, a dramatic improvement in recent outings.

On Feb. 14-15, HU travels to Lynchburg, Va., for the Darius Dixon Invitational, hosted by Liberty. The final tune-up before championship season.

“With the [Mid-Eastern Athletic] conference meet at the end of this month, we should see a marked improvement over previous editions,” Director Oliver ended. “We’re really looking forward to it.”