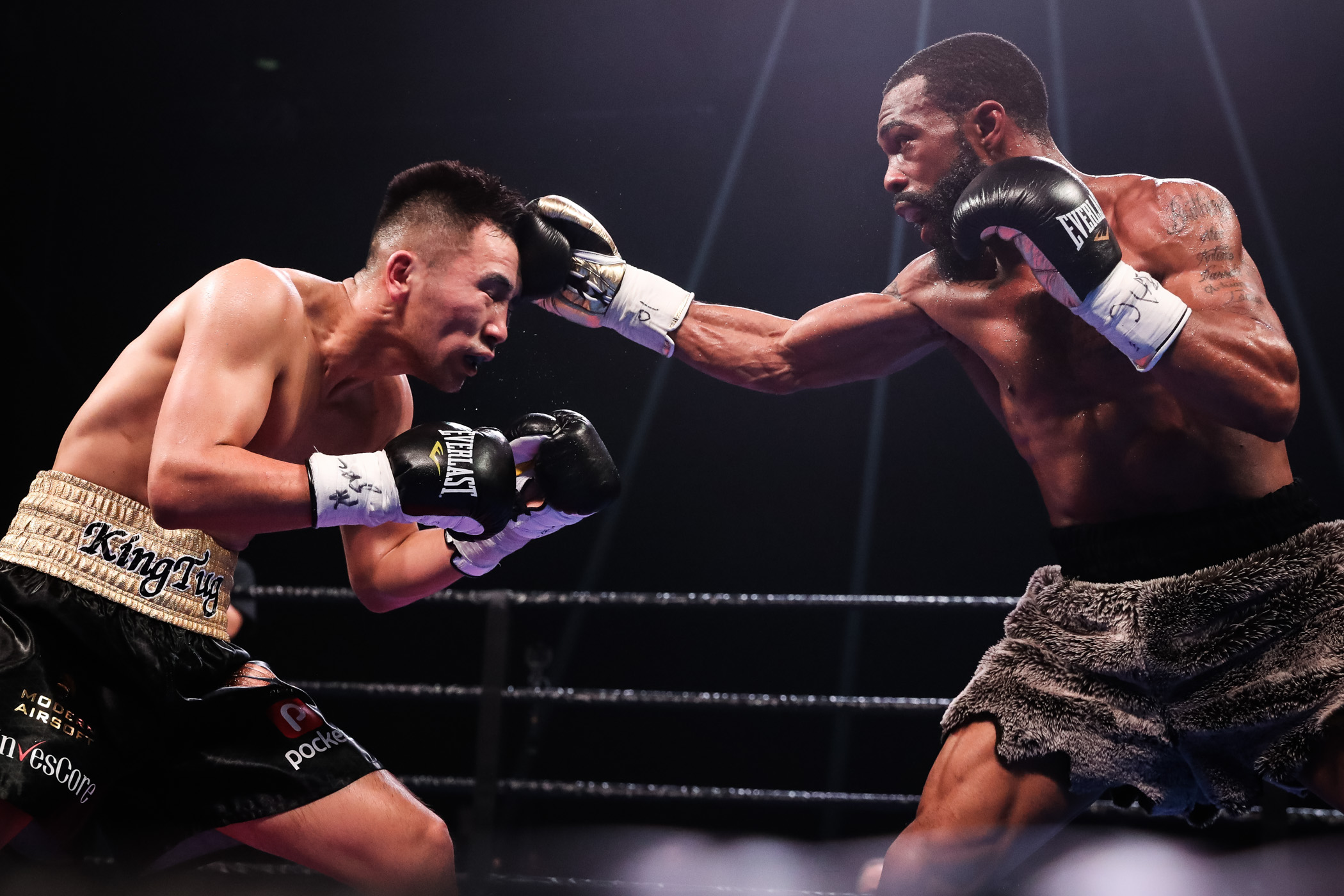 Allentown, Pa. – Gary Russell, Jr. won in a unanimous decision over Tugstsogt Nyambayar in Allentown, Pa. to retain his World Boxing Council (WBC) Featherweight Championship on Feb. 8. The judges scored the fight, 116-112, 117-111 and 118-110. Russell improved his record to 31-1, while Nyambayar suffered his first loss and is now 11-1.

Russell, Jr. is said to have the fastest hands in all of boxing, and they were on display in the early rounds of this fight. His snapping jab was touching Nyambayar so fast that the Mongolian fighter could not counter it in any way.

Gary was shooting blows at Nyambayar so quickly that he was not able to get his own shots off. Nyambayar, known as “King Tug,” had a great amateur career, culminating in winning a Silver Medal in The London 2012 Summer Olympics.

As the fight went on, “King Tug” was getting closer to Russell and was able to do some damage with some good body shots and his lethal right hand found Russell’s face a few times.

As Russell explained, his experience paid off.

“The difference was ring generalship, hand speed, and boxing IQ. He only had 11 pro fights, and I have over 30 pro fights. I think my experience was enough to overcome and win this fight,” Russell, Jr. said.

“I made a mistake by waiting for him during the fight. He was the better man tonight. He is a great champion,” Nyambayar said. “He showed skill and toughness and should be in the mix for another title shot in the 126-pound division.”

The entire Russell family practically lives in the gym. Gary Russell, Sr. trains the three brothers, currently fighting professionally. Gary, Jr. said, “I will probably be in the gym next week.” Russell, Jr. has hinted that he will move up in weight to get a shot at a good payday against the top fighters at 130 and 135 pounds.

Russell, Jr., a native of Washington, D.C., now living in Capitol Heights, Md., asked a simple question during his training for this fight.

“Why am I not mentioned in the pound for pound conversion?”

That is a very good question. He has defended his title five times, including the Nyambayar fight. He only has one loss, and that was to pound for pound favorite, Vasyl Lomachenko, by a majority decision back in 2014 for the vacant World Boxing Organization (WBO) title. Russell has always lamented the politics of boxing that he and his team refuse to get involved in.

Other local fighters participated on the card, including Gary’s younger brothers. Gary Antuanne Russell scored a first-round knockout of Jose Marrufo to improve to 13-0, and Antonio Russell (17-0) won by disqualification in the sixth round after Jesus Martinez was DQed for continually holding. Bowie native, Marlon Bolen won with a TKO of Larry Ventus in the second round. Bolen is now 4-0.