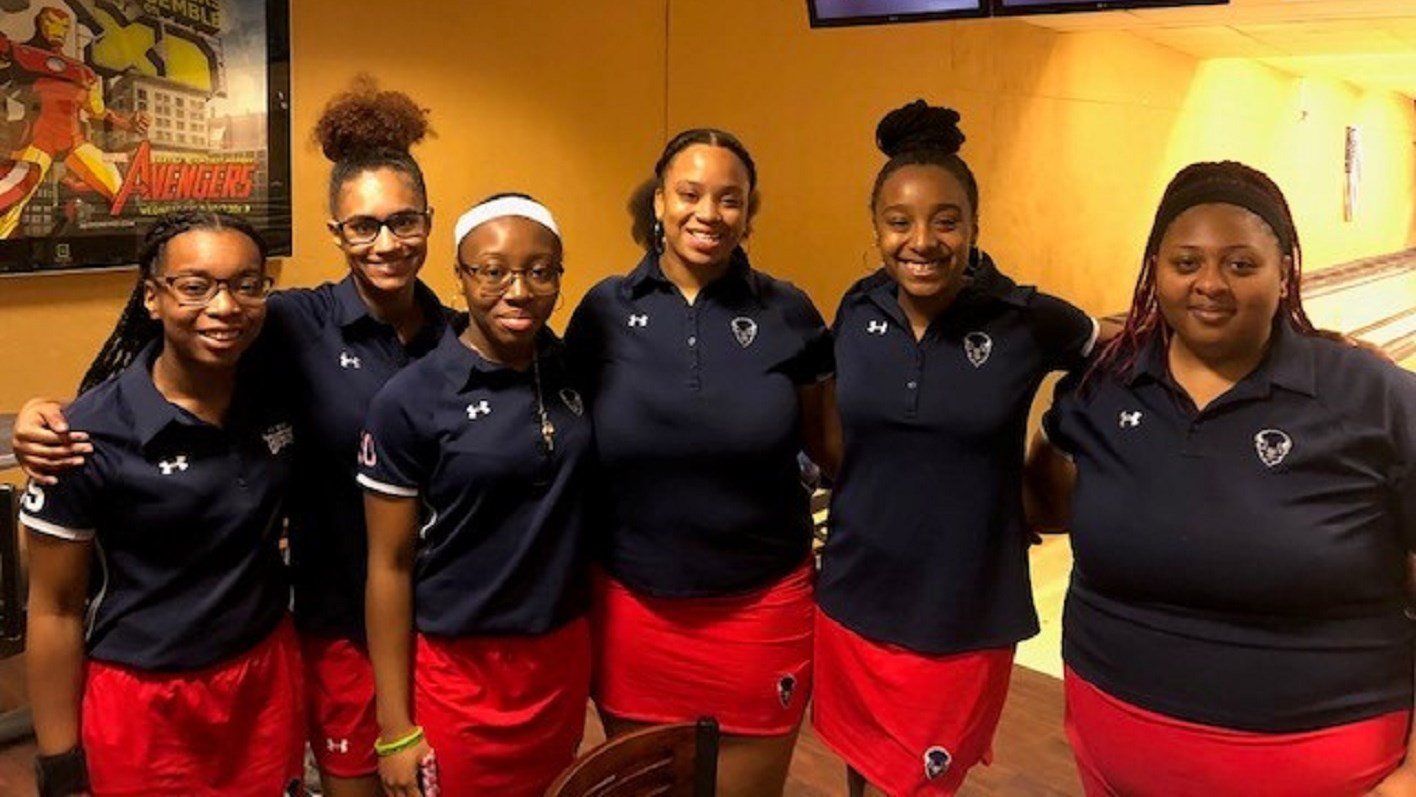 “It was a great confidence boost to beat all three ranked teams at this event,” said Howard women’s bowling head coach Ron Davis. “It shows us that we can compete at a high level and win.”

The three-day (Feb. 7-9) event was split into two separate events.

Friday (Feb. 7), the Bison competed in five baker style matches where they went 4-1, including a one-pin victory (1,003-1,002) over No. 17 Fairleigh Dickinson University (FDU). That was the highest set of the day for HU and helped them secure ninth place after Day One.

At the end of the qualifying day, the Bison jumped one spot to eighth place and with the tournament format, HU had the opportunity to move up as high as fifth.

The final day saw Howard participate in three best-of-seven baker style matches. HU defeated Caldwell University in the first match, 4-2, but fell in their next contest against No. 20 Adelphi in five, 1-4.

The Bison squared off versus Caldwell again in the weekend finale where they forced Game Seven, but the Cougars would edge out HU to take the match, 3-4.

“I am extremely proud of my teammates,” said junior captain Carolyn Williams (Upper Marlboro, Md.). “We are continuously getting better. We are competing at a high level [right now].”

On Feb. 14-16, the Bison return to the lanes for the James Brown Invitational in Towson, Maryland, hosted by Morgan State University.