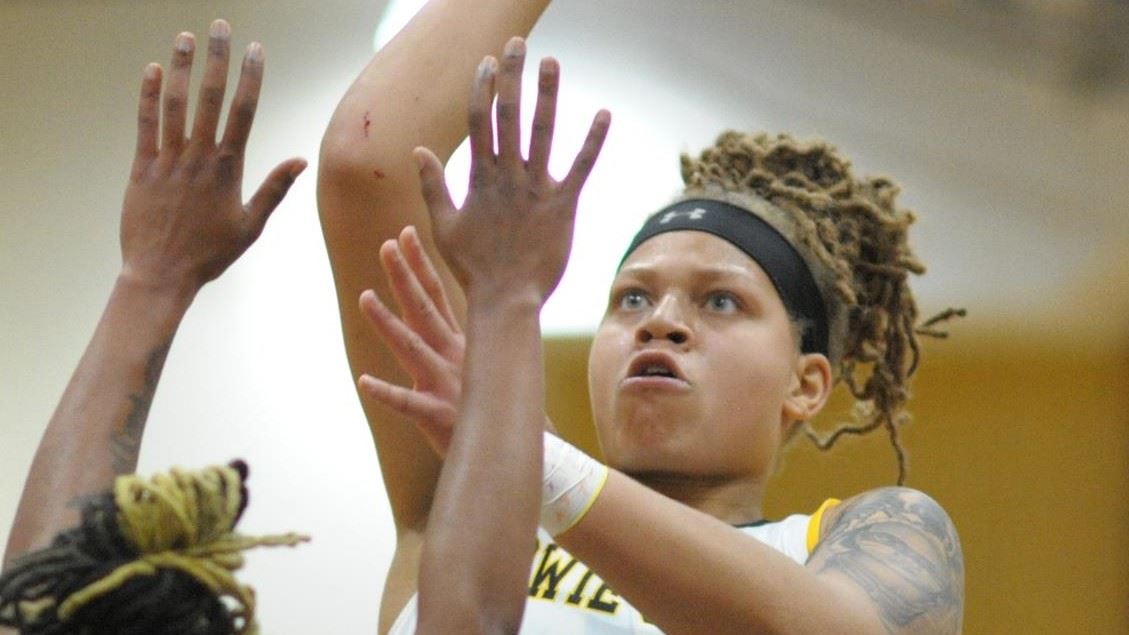 ETTRICK, Va. – The Bowie State Bulldogs played some tough defense and hit some key free throws on their way to a 51-48 win over Virginia State Trojans Monday evening. The Bulldogs had balance with junior Talanya Hutton (Seat Pleasant, Md.) recording a double-double, scoring 10 points and grabbed 10 rebounds. Seniors Kyaja Williams (Baltimore, Md.) and Shawnkia McCallum (Baltimore, Md.) both chipped in nine points. Bowie State moves to 20-3, (10-2 in CIAA) while the Trojans falls to 9-16, (4-8 in CIAA).

Bowie State played some tough defense and a balanced offensive attack to claim the win. As a team, the Bulldogs held the Trojans to shooting just 29.8% (14-47) from the floor while shooting a solid 33.3 percent (19-of-57) from the floor in the game. Natalia Leaks had a game-high 20 points and added four rebounds for Virginia State.

The Bulldogs took control of the game early in the first quarter, but they had to fend off a tough effort by the Trojans. After allowing Virginia State to stay close for much of the quarter, Bowie State pulled away 11-5 after a Williams layup with 1:27 remaining. Sophomore Drew Calhoun’s deep ball extended the Bulldogs lead 14-7 to end the period.

The second quarter was all about Virginia State. The Trojans orchestrated an 18-0 run that gave them a 25-16 lead late in the period before BSU senior Amel Duggins (Largo, Md.) stopped the bleeding by hitting an important three pointer with 26 seconds left in the quarter. VSU went into the locker room at half leading 25-19.

Virginia State continued their dominance early in the third period by building their biggest lead of 31-19 after Leaks knocked down a jumper at the 7:17 mark. Similar to VSU in the second quarter, the Bulldogs used a 12-0 run to tie the game at 33-33 after McCallum’s layup with 52 seconds remaining. The Bulldogs outscored the Trojans 14-8 in the quarter heading into the final stanza.

The fourth quarter started out promising for the Trojans after taking 43-39 lead with 6:30 to go. Hutton answered with a deep three to keep the Bulldogs close at 43-42. Senior Dynaisha Christian (Pocomoke, Md.) converted a layup to give Bowie State a 47-46 lead before McCallum’s dagger three pushed the lead to 50-46 at 1:22. Sophomore Chyna Butler (Syracuse, N.Y.) would later go 1 for 2 at the charity stripe to eclipse the Trojans 51-48.

Bowie State travels to Elizabeth City, N.C. on Thursday (2/13) to take on Elizabeth City State University at 5:30 p.m. inside the R.L. Vaughan Center.