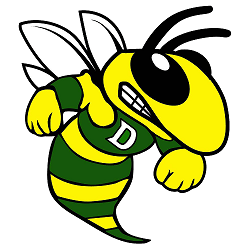 HYATTSVILLE – Following the surprise resignation of head coach Eric Wallich from the Damascus High School football program in January, it would only take the Swarmin’ Hornets one month to fill up the vacancy.

Josh Klotz, who spend the last eight years coaching at Richard Montgomery High School, will take over as the new head football coach following the release of a joint letter on Feb. 20 by Athletic Director Cliff Elgin and Principal Kevin Yates.

Klotz led the Rockets to five consecutive playoff appearances and was named the 2015 Montgomery County Sentinel Coach of the Year.

“We strongly felt that Mr. Klotz brought the most to our program based on his interview, and his work with previous programs,” Elgin and Yates said in the letter. “I ask you for your support in welcoming Coach Klotz to Damascus High School in helping ensure a smooth transition for our student-athletes.”

It only took a month to fill in the coaching vacancy following Wallich’s resignation. The former head coach stated in January that he would be a part of the selection process as Elgin said that the school would take some time before starting the search.

Klotz and Wallich coached together at Quince Orchard High School in 2007. In a statement posted on his Twitter account, Wallich congratulated the hire and wished his former colleague all the best in filling in the role. Klotz replied by thanking Wallich for the post.

“I was telling my wife last night how much of a mentor you were to me back in ’07,” Klotz said. “Beyond excited to continue building upon the great tradition of Damascus Football that you and the great coaches before you established.”

Under Klotz, Richard Montgomery finished the 2019 regular season with a 7-2 record and reached the regional second round in the state playoffs. Damascus players will be able to meet and greet their new head coach in a meeting planned for Feb. 24, according to Elgin.

Klotz will look to replicate Wallich’s success with the program, which includes finishing the 2019 season on a 12-game winning streak a 3A state championship after defeating Linganore on Dec. 5. The Hornets won four state championships under Wallich and claimed the record for the longest winning streak in state history with 53-straight wins from 2014 to 2018.

Wallich resigned on Jan. 17, stating that he needed to make “a change” for himself and his family. His resignation came after five junior varsity football players were accused of committing sexual assault to three younger teammates in the locker room in October 2018.

Four players were charged as adults before their case moved to juvenile court. According to a Washington Post report, the suspects pleaded to be involved in the attack five months ago, but their charges are not clear because they are juveniles.

Several members of the school administration and the whole junior varsity coaching staff were either removed or fired in the months following the allegations. Recently, two lawsuits filed on behalf of several of the teenage players assaulted claims former school officials “put a winning football culture” ahead of student safety.

The defendants named in the lawsuits include the Montgomery County Board of Education, former Damascus Principal Casey Crouse, former junior varsity coach Vincent Colbert, former Damascus Athletic Director Joe Doody and Wallich. In a separate letter to students and parents on Feb. 6, Yates said the school is prepared for additional media attention.

“Please know that the DHS staff is here to support our students, and we will enforce our standard safety and privacy protocols that keep media off (school) property when students are on campus for the instructional day,” Yates said. “Additionally, our counselors and psychologists are aware and prepared to support students as needed. We remain committed to the safety of our students.”