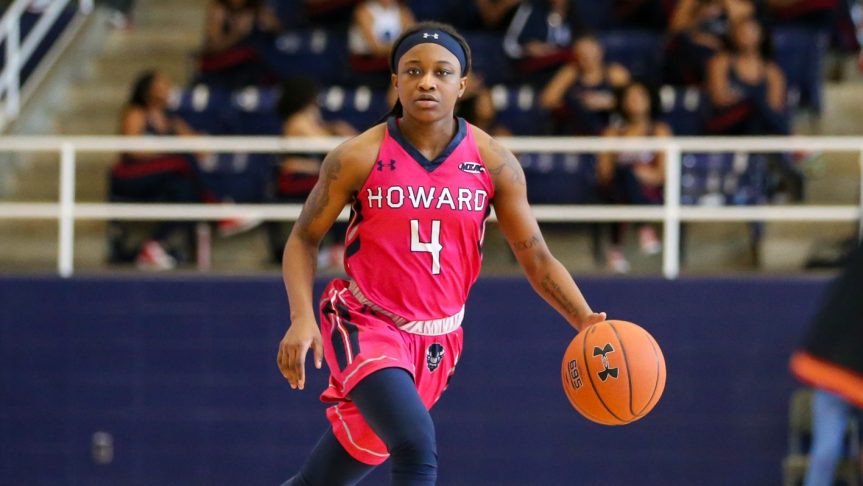 NCAT (16-8, 8-4 MEAC) enters the weekend looking to get back on track after suffering a double OT home loss at the hands of rival NCCU, 80-86. Despite the setback, North Carolina A&T State has protected home court, producing an 8-2 mark inside the Corbett Sports Center.

This season, the Aggies rank No. 1 in scoring defense, allowing only 56.9 ppg.

Before facing HU, NCCU (8-16, 5-6 MEAC) hosts Maryland Eastern Shore for Senior Day in a crucial showdown. North Carolina Central sits seventh in the conference standings, only a game behind the Bison.

Paulina Afriyie and Kieche White provide the one-two punch for the Eagles, ranking fifth (13.9 ppg) and sixth (13.7 ppg), respectively, in the league.

In a decisive win over Florida A&M (Feb. 8), Howard left the Al Lawson Center with yet another road win after an 82-56 victory. Sophomore Gia Thorpe (Pittsburgh) and freshman Iyanna Warren (Accokeek, Md.) combined for 38 points.

Unfortunately, this momentum did not carry over to Moore Gymnasium where the Bison fell to Bethune-Cookman, 59-88, Monday (Feb. 10). Thornton led the team with 13 points.