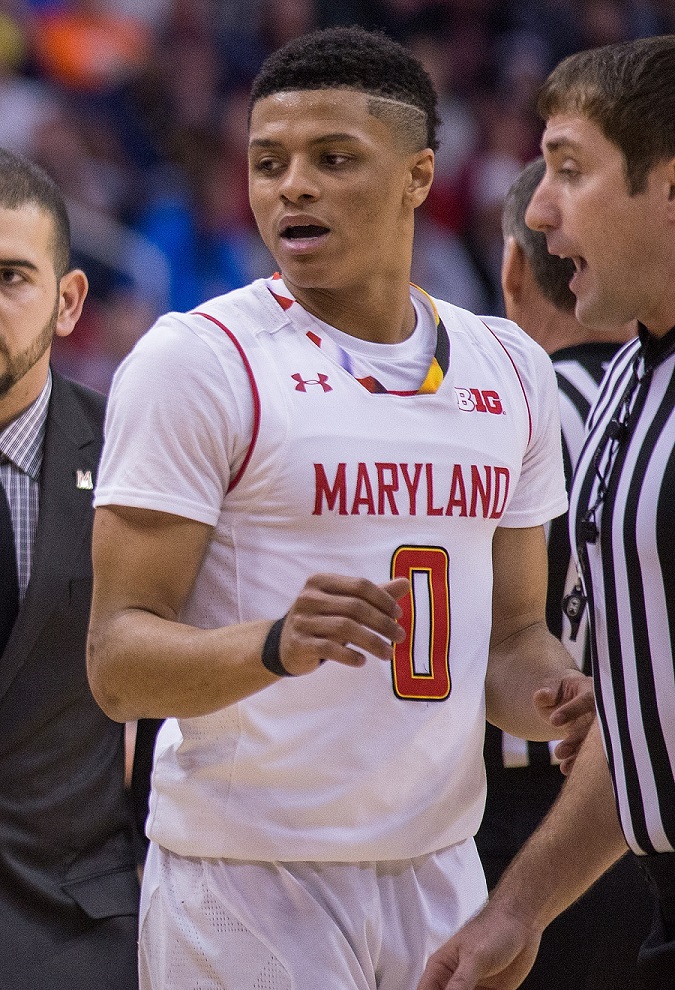 HYATTSVILLE – Following their first loss in over a month, the University of Maryland will be entering their Wednesday matchup against Minnesota looking to rebound after a poor performance that caused them to drop in the Associated Press Poll.

Maryland entered Columbus on Sunday night on a nine-game winning streak, but a 22-point performance by guard Luther Muhammad led No. 25 Ohio State to a 79-72 win.

The loss dropped the Terps to No. 9 in the AP Top 25 – the first time they have fallen in the rankings since Jan. 13.

Despite starting the week with a 76-67 win over Northwestern on Feb. 18, their loss to an AP Top 25 team, stopped Maryland’s continued rise up the Big Ten Conference standings. With a 22-5 record, the Terps hold a two-game lead as they look to win their first conference regular-season title since 2004.

According to head coach Mark Turgeon, Maryland’s poor performance against the Buckeyes, including only going 34.5% performance from the 3-point line, could have been worse without the performances of some of their role players.

“We were teetering on getting blown out there, and those guys started to step up for us,” Turgeon said. “Didn’t play our best game, but we competed.”

Maryland veteran leader Anthony Cowan Jr. (St. John’s College High School) struggled throughout against the Buckeyes, scoring 10 points and limited to one field goal. Cowan’s night would end on a disappointing note after he received a technical foul, his fifth personal, after driving through the lane for a layup attempt.

The senior made his shot but was fouled hard by Ohio State’s Kaleb Wesson. Cowan kicked the air out of frustration close to the Buckeye’s head, causing the officials to make the technical foul call after review.

“Anthony’s not kicking him; he’s not kicking a 7-foot, 250-pound guy,” Turgeon said. “He was looking right at the referee when he did it so we can take all that out of the way that he was trying to kick the player because he wasn’t. He was frustrated because he got tackled on a layup, and there wasn’t a call.”

Cowan’s shot counted, but he would foul out for the rest of the game, and Ohio State was able to convert two free throws to extend their lead again. Referee Larry Scirotto said via a pool reporter that the kick not making contact with Wesson was taken under consideration before making the final call.

Ohio State was more physically dominant, outrebounding Maryland 36-27, and better at shooting 3-pointers. Center Jalen Smith did not score from behind the arc and only collected seven rebounds. Both Cowan and Smith will look to bounce back against a Minnesota team that is averaging 69.8 points per game.

Maryland will also look for guard Aaron Wiggins, who scored six 3-pointers in a 20 point performance against Ohio State, to continue being a spark off the bench.

After Wednesday’s game, Maryland will end the week taking on Michigan State at home on Saturday night.