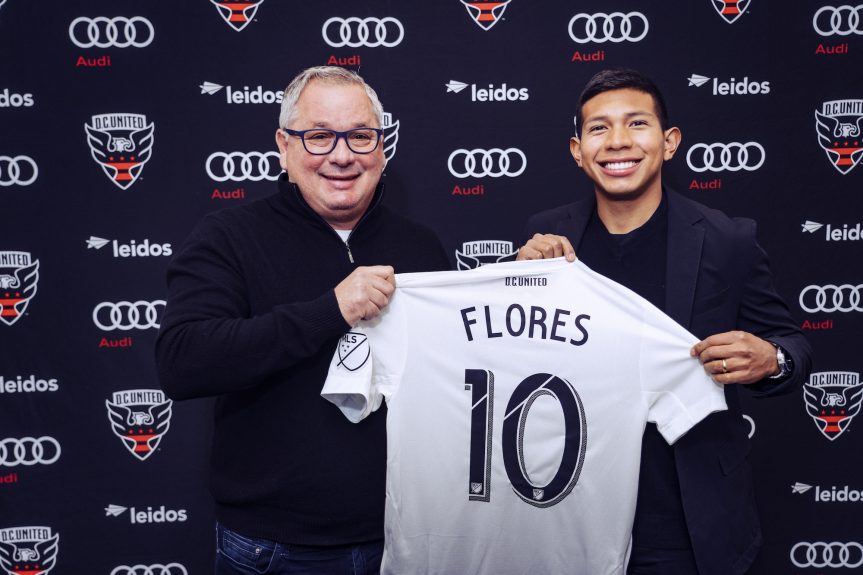 WASHINGTON – When asked how D.C. United planned to replace its top four goal scorers from last year for season, head coach Ben Olsen paused for a moment before taking a huge breath.

Then, he began his list (or roster) of scorers, naming every player on his roster by first name, hoping they don’t hit the crossbar or add a goal off the bench.

“Maybe one or two from Bill (Hamid),” Olsen said. “It is going to be a group effort.”

United is motivated, with a reshaped roster, heading into the 2022 Major League Soccer season. Despite missing key names, expectations continue to be high for the Black-and-Red. With the addition of key names to the roster, the club hopes to make strides for a productive year, starting with their home opener against the Colorado Rapids at home today at 1 p.m.

However, the club only amassed 50 points for a fifth-place finish in the Eastern Conference. They were shut out in their final two regular season games and lost 5-1 to Toronto FC in the first round of the playoffs.

Rooney announced in the middle of the campaign that we would be leaving United to return home, citing family reasons. Acosta elected not to re-sign with United and joined Mexican club Atlas. Lastly, Black-and-Red officials were unable to strike a deal to extend midfielder Lucas Rodríguez’s loan agreement or to buy his contract from his home club, Estudiantes de La Plata.

All three combined to score 23 of United’s 42 goals, an output that Olsen believes can be replicated as a group effect.

“We rarely have that 25 (goal) a year goal scorer,” Olsen said. “It is great if you get that…but I can envision all of them scoring goals. I can see scenarios in the way we are playing where all of them can help score goals but also in providing.”

Originally, midfielder Paul Arriola figured to be in those plans. The Chula Vista, California native, has been a mainstay for United in midfield, scoring six goals last season while becoming a key fixture on the United States Men’s National Team over the past year.

However, a harsh tackle in a preseason game caused his right anterior cruciate ligament (ACL) to tear. The club confirmed the injury and that Arriola successfully underwent surgery. He is set to be sidelined for nine months.

Despite Arriola’s injury, United has brought in reinforcements to fill in the voids. First, they opened their pocketbook to sign Peruvian international Edison Flores for a reported $5 million transfer fee and will be making $2 million a year. The 5-foot-7 midfielder, known for his dribbling abilities and goal celebrations, will look to fill the void as United’s key playmaker.

“He is an exciting and dynamic attacking player who creates and scores goals,” General Manager Dave Kasper said about Flores on Jan. 13. “What has really impressed us is his commitment to the team…he is a versatile and gritty two-way player who plays with a real pulse.”

United also executed one of the more significant trades in the offseason on Jan. 21, picking up midfielder Julian Gressel from Atlanta United for $750,000 in allocation money. The 26-year old scored 16 goals in 98 appearances, will filling as the new threat in midfield due to Arriola’s injury, with returning players Emmanuel Boateng, Ulises Segura, and Júnior Moreno adding depth.

Gressel’s pickup, along with the team’s formation change to a 4-3-3, will look to make the Black-and-Red into a more possessive side than in the past to have more players as part of the attack. Olsen said that the former Providence College’s experience in playing multiple roles in the formation would help the club adjust to the new style of play.

“I think we have enough quality to compensate,” Gressel said on how United will generate goals. “We scored three goals in the last preseason game, but it wasn’t something we worked on a lot as we tried to get our structure right, but they will come. We are more creative, and we have enough quality on the front half of the field to make stuff happen.”

The pickups are not over: United reacquired Argentina Yamil Asad, who scored nine goals in his previous stint with the club in 2018. Meanwhile, multiple reports state the club is set to acquire midfielder and former Columbus Crew captain Federico Higuain. In eight seasons in MLS, he has registered 55 goals and 63 assists and plans to help Flores as a playmaker off-the-bench.

On defense, the Black-and-Red decided not to sell defensive midfielder Russell Canouse after the club confirmed interest from a European side. He will lead the backline that will have all of its parts returning after only surrendering a league-best 38 goals last season.

Former University of Maryland defender Chris Odoi-Atsem (Hodgkin’s lymphoma) and Jamaican international Oniel Fisher (knee) add additional support on the defensive side after missing the 2019 season. Another former Terp, center back Donovan Pines, is recovering from a preseason ankle injury and will not be available until May.

And the club will not be done, Olsen said, making player improvements throughout the year. United has not won an MLS Cup since 2004 and a major trophy since 2013. After last year’s ending and the multiple player departures, club officials stress of not losing ground with the other teams in MLS while starting the new year strong.

“We are an imperfect team,” Olsen said. “We are trying to figure out who we are, but it important to do a lot of the little things to amass as many points as possible.”