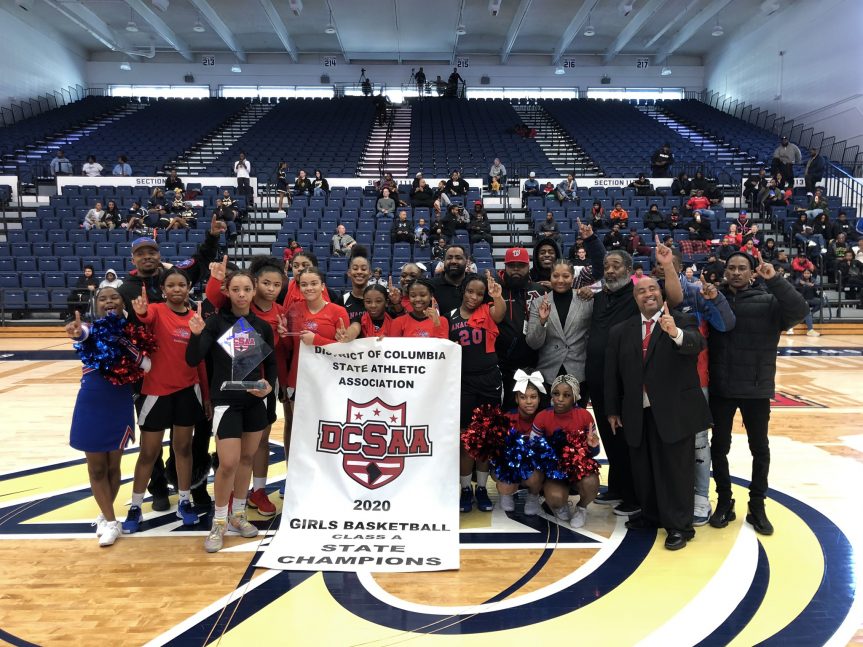 Eight teams fought for a championship title, but only four could call themselves champions at the end of the day.

The Purple Eagles won by the score of 55-49 over the Tigers in a hostile environment. The game stopped momentarily to keep fans from fighting in the stands, and even beer was thrown toward the Gonzaga bench!

The Tigers were led by Miasiah Brown, Nasir Best, and Jay Young III, who all scored 11 points apiece. Wilson gave Gonzaga some issues in the second quarter when they switched to a 3-2 matchup zone, a defensive look that, according to Harris, was not seen often by Gonzaga. The defensive change gave Gonzaga some fits early on and led to an eight-point Tigers lead.

“Once we got it down, we were able to score pretty easily,” Harris said.

However, Gonzaga responded promptly after a timeout and went on a 10-3 run by the end the first half down just by only one point.

From there, Gonzaga threw a counter punch and held Wilson to only four points, while scoring 13 points of their own. Best made it a five-point game late in the second half after a physical layup, but Harris immediately responded with a 3-pointer of his own, and Wilson could never close the gap.

“We always talk about coming out the first four minutes of the second half with the opportunity to knock somebody out,” Gonzaga head coach Steve Turner said. “Tonight, I think we did a good job of extending that lead. So I think it was about nine points, and from there, we stayed up front, capitalized, and made plays when we needed too.”

Jeremiah Deans led the Eagles with nine points, six rebounds and four steals. The Panthers won the boys Class A championship after outscoring the Eagles, 47-21 after the first quarter.

Guard Kamryn Anthony led the Indians with 22 points, five rebounds, four assists, and four steals. Chataeah Frederick contributed 13 points and four steals. Ballou wing Tajha Jackson had a game-high 25 points and pulled down 16 rebounds. The Indians ran away with the contest during the second quarter when they outscored the Knights 21-5.

The second girls game featured St. John’s College High School and Sidwell Friends School. The result was a 54-44 Cadets win. Wing Azzi Fudd led all scorers by stuffing the stat sheet with 17 points, six rebounds, and five assists. Forward Taylor Napper dominated the paint to the tune of 16 points and cleaned the glass with 11 rebounds. Wing Kelis Corley followed up with 10 points to round out three double-digit scorers.