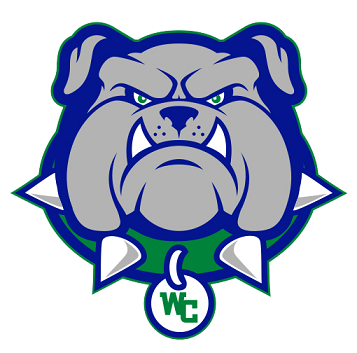 POTOMAC — The Winston Churchill High School girls basketball team had a dominant 2019-2020 season, heading into the playoffs undefeated with a first-round bye.

The Bulldogs once again proved why they are one of the best girls basketball teams in the state of Maryland as they demolished the Wildcats 72-32.

“It’s always a little bit of first-game jitters when it’s playoffs,” said Churchill head coach Kate Blanken. “I think, in the first half, WJ came out really strong, which was expected. They always play really hard, and we had to find our groove since we had a first-round bye.”

The Bulldogs, of course, started hot and jumped out to a 13-3 lead in the middle of the first quarter. By the end of the quarter, the home team led 16-9, as all of WJ’s points came on 3-pointers.

The second quarter was when the Wildcats seemed to catch up, scoring 12 total points with junior Leah Assaker dropping a six in the quarter and 10 by the end of the game.

Nevertheless, the Bulldogs did not give up as they still scored 13 in the second quarter to lead 29-21 at halftime.

A key player for Churchill in this game was 6-foot-4 junior Parker Hill, who had 10 points in the first half and maintained her shooting stroke for 13 more in the second half to finish with 23, though she gave credit where credit’s due.

“Honestly, I thought a lot of my other teammates did pretty awesome as well,” said Hill. “So I didn’t even know that. But it was a pretty fun game, just because our teamwork is pretty great.”

After putting up just two points in the first half, senior Kaila Wilson went hot in the second half, adding 13 more points to finish with 15, the second-most points on the Bulldogs.

“Kaila has been playing so fantastic in practice,” said Blanken. “I was not surprised at all that she really let it go. She’s obviously a shooter, but what a lot of people don’t notice is the little things she does as a defender, she’s often undersized, but she holds her own.”

However, Wilson originally had doubts about her performance.

“At first, I didn’t know if I would have a good game or not,” said Wilson. “But I guess I came out in the fourth quarter, and I just dominated.”

“It was [also] our defense,” said Wilson. “Every time we won a game, it’s because of our defense, and our defense starts off the game.”
Senior Brittini Martin was another Churchill player who put up double-digits, as she dropped 14 points.

With the win, the Bulldogs record including both the regular season and playoffs totals is 20-0, and Hill feels honored to be a part of it all.

“It’s definitely good being a part of that team,” said Hill. “All of our teammates are pretty crucial to the way we function, our way the plays work, and our bench is really deep.”

Churchill’s next playoff game will be against B-CC on March 4, with the Bulldogs winning the last meeting.

“B-CC, we beat them by 20 the last time,” said Wilson. “So, we just have to bring our defense and our offense.”