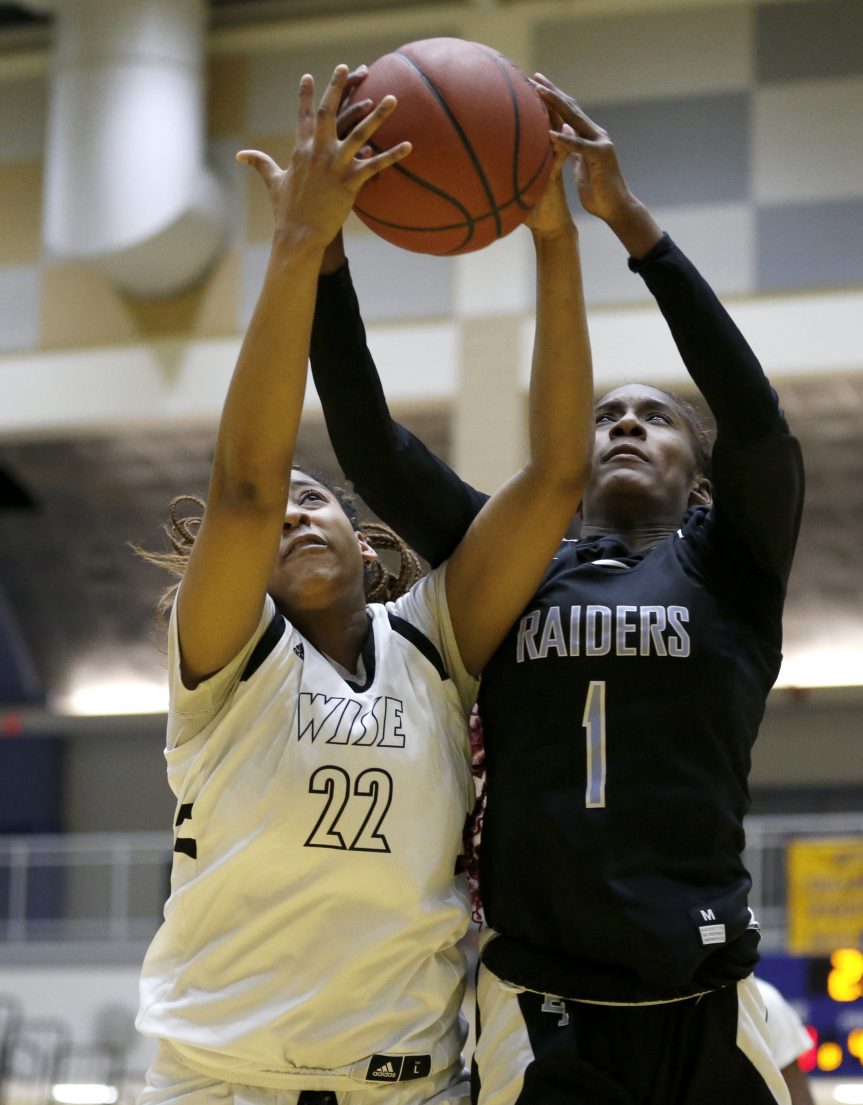 However, as the Lady Pumas held a six-point lead midway through the fourth quarter Monday night as the senior received a quick pass from teammate Mesa Floyd and launched a shot from the top right corner of the arch.

As the ball swished through hoop, Williams smiled and held up three fingers in the air as she headed back on defense.

“I was really confident when I shot it,” Williams said. “I screamed (at Floyd) ‘kick it out to me,’ and I caught it and saw it going in. We needed that three.”

“I hadn’t see Gabby play that hard,” Floyd said. “I never had that Gabby before in my life, but I am glad she played because we really needed her, and I wasn’t making my shots.

Williams’ 3-pointer early in the fourth quarter kickstarted her scoring as she finished with a game-high 20 points. Along with an 11-point performance from Floyd, Wise drove past their rivals Eleanor Roosevelt with a 48-35 victory in the second round of the Maryland Public Secondary Schools Athletic Association (MPSSAA).

According to head coach Peter Snipes, it is the first time in six years that the Upper Marlboro-based squad defeated the eight-time state champions in the playoffs.

In their regular season matchup, the Lady Raiders jumped out to early lead to hold on for a 66-50 home win.

“These girls really bought into a family atmosphere, and they look after each other, and it shows on the floor,” Snipes said.

Roosevelt jumped out to a 12-10 advantage with point guard Monica Brown scoring seven of her final 14 points during the first quarter.

However, Wise responded by using their size and length to catch rebounds, create plays for points in the paint and scored on second-chance opportunities.

According to their roster, four Lady Pumas players stand over 6 feet tall, with sophomore forward Caia Loving being their tallest player at 6-foot-3. Snipes said he knew his players could outrebound the Lady Raiders and limit their opportunities at the rim.

With 3:10 remaining, Williams collected a rebound and was fouled during a layup attempt. She scored the field goal and converted the free throw for a three-point play, which gave the Lady Pumas their first lead. Wise would go on a 7-2 run and a 1-point lead heading into halftime.

“We understood that we had to rebound,” Snipes said. “We are one of the biggest teams in the 4A, and if we just used our length, our height, we would be fine. They bought in, and it worked.”

The third quarter was filled with multiple traveling calls and dives for loose balls, as Wise’s lead continued to grow. Roosevelt continued to struggle contending with Wise’s post players while missing all five of their free throws. They ended the contest committing nine turnovers and going three for 12 at the charity stripe.

Wise flourished late in the third quarter into the fourth, having two separate runs of nine and six points going unanswered to expand their lead into the double-digits.

Floyd knocked down six free throws while Williams scored 10 fourth-quarter points that put the game out of reach. It is the second consecutive year that Roosevelt failed to get out of the second round.

The Lady Pumas did not celebrate the historic win out on the court, rather waited before heading to the locker room before cheering on their success.

Their measured response was deliberate, Snipes said, as his players believe they can go further. Wise will first have to contend with No. 1 Flowers in the 4A North Region II championship on Wednesday.

“We need to come hard (vs. Flowers) and come to fight,” Williams said. “Play for each other and fight until the last quarter, minute or second; we have to fight.”