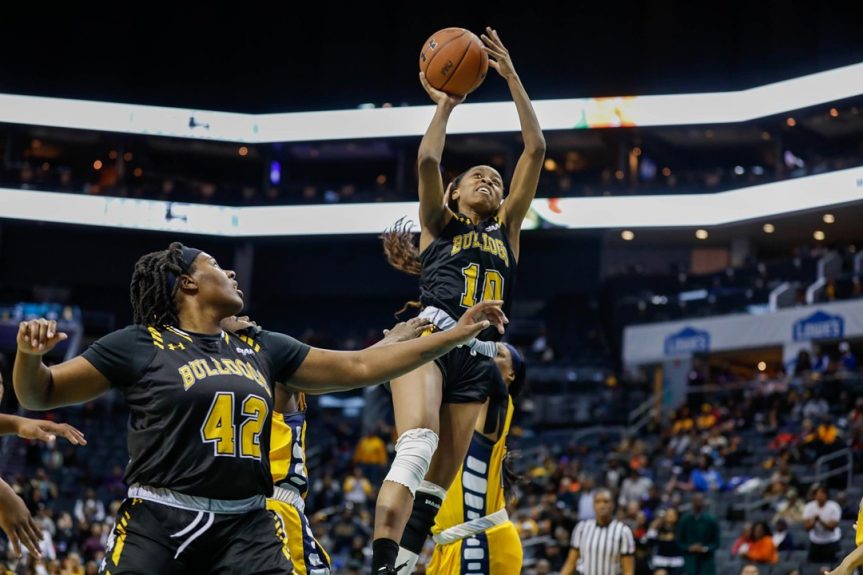 The award, chosen by a combination of votes from Central Intercollegiate Athletic Association (CIAA) women’s basketball coaches, media and fans, is presented to the conference’s most outstanding senior student-athlete in women’s basketball.

An acronym for Celebrating Loyalty and Achievement for Staying in School, the national Senior CLASS Award was launched in 2001 to honor the attributes of college basketball seniors who remained committed to their university and pursued the many rewards that a senior season can bring.

“She’s an excellent student-athlete and truly deserves the award,” said Bowie State head coach Shadae Swan. “She excels in the classroom and done a great job setting the tone and being a leader to her teammates. She’s an excellent role model and has been working hard for four years.”

Lowe’s brought the Senior CLASS Award to the CIAA to recognize student-athletes throughout the conference who excel both on and off the court. Each CIAA school had the opportunity to nominate one senior player for the award. The conference-wide winner is selected based on personal qualities that define a complete student-athlete: Classroom, Character, Community and Competition.

Williams leads the Bulldogs in points, rebounds, blocks, and steals per game, as well as minutes played. She led the conference, and all of Division II, averaging four steals per game and is No. 7 in the CIAA in blocks per game.

Williams is one of only two players in the conference to average a double-double during the regular season with 13.9 points and 10.0 rebounds per game.

She has maintained a 3.0 career GPA and has earned dean’s list honors in her last three semesters at Bowie State while majoring in sports management.

This has truly prepared me for life,” said Williams. “Not only on the court, but it has helped me deal with obstacles placed in my way. It also taught me to remain solid. Whatever life throws at you, just keep going no matter what.”

Known as a leader both on and off the court, Williams serves as a big sister to the Bulldogs underclassmen by providing encouragement and assistance academically, athletically and personally.

Williams exemplified excellent character also and assists with career clinics for teen parents in college, the March of Dimes walk for babies, and the Girls on the Run 5k. Williams also enjoys reading to students and contributing to local drives to donate toiletry items and canned food.

“We congratulate Kyaja for her outstanding season and for being a true trailblazer on the court and in the community,” said Lowe’s Senior Vice President of Talent Management and Diversity Janice Little. “Lowe’s is honored to partner with the CIAA to recognize Kyaja and all the finalists who are carrying on the conference’s longstanding tradition of excellence.”