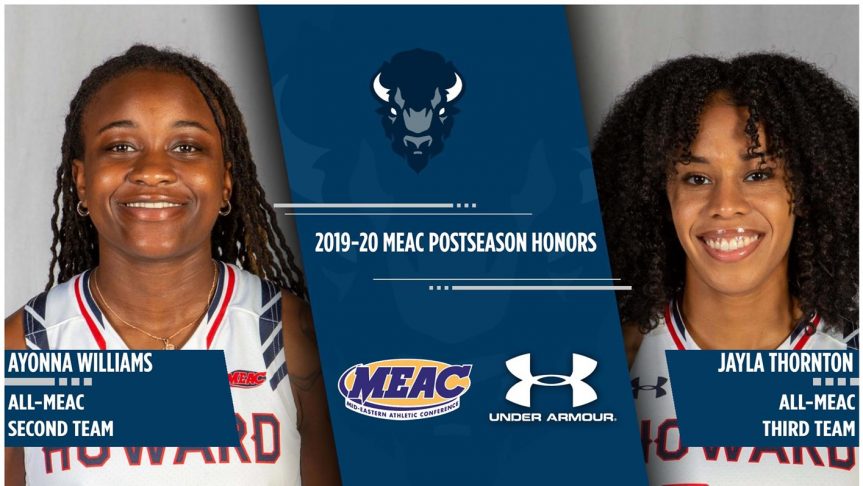 Before the season, Williams was selected to the MEAC Preseason Team in her final season for the Bison.

Thornton once again topped the league in three-pointers made (84) and three-pointers per game (2.9) while ranking top 35 nationally in both categories.

Tuesday (March 10), Howard takes on South Carolina State in the MEAC Basketball Tournament First Round. Tipoff is set for 2 p.m. inside the Norfolk Scope Arena.