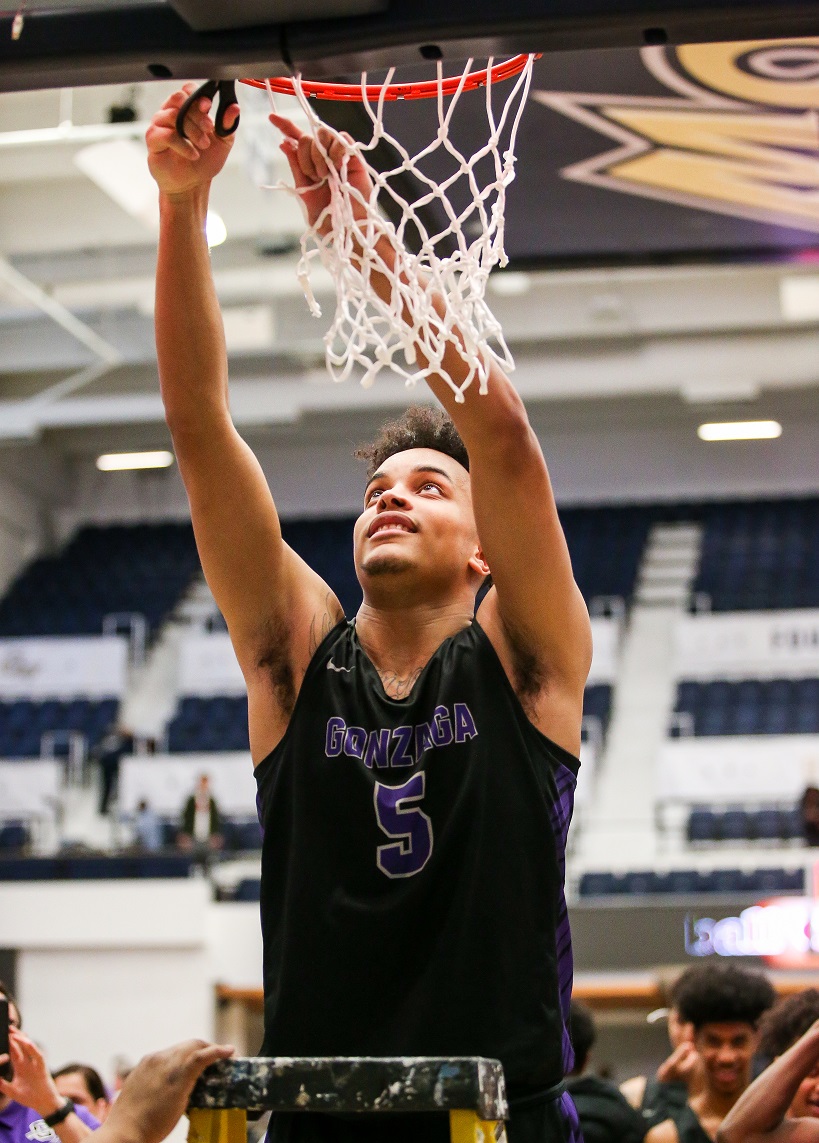 Turner is Coach of the Year, Williams and Rice named Players of The year

Coaches selected the teams in each sport through a majority vote.

Turner is completing his sixteenth (16) year as head coach at Gonzaga. He currently holds an overall record of 396-142. He has been named the Washington Catholic Athletic Conference Coach (WCAC) of the Year five times during his Gonzaga tenure while his teams have captured four WCAC titles, and he was the first-ever National Gatorade Coach of the year in 2015-16.

He is the first two-time winner of the DCSAA State Championship Tournament, capturing the title in 2016-17 and 2019-20. His team 2007-08 squad finished ranked #4 by ESPN and Sports Illustrated, #1 in USA National final poll, and #10 in the USA Today final poll.

The veteran coach and his wife Leah have two sons (Christian 25 and Jared 16). Jared currently plays for his father at Gonzaga. Tamika Dudley, Girls Varsity Head Coach, Sidwell Friends School Coach Dudley, is a 1999 graduate of Woodbridge High School (Woodbridge, VA), where she was a four-year starter and departed as the all-time leading scorer.

In 2011, she was named to the Woodbridge High School Athletics Hall of Fame. Coach Dudley received a Division I scholarship to Long Island University in Brooklyn, NY. While at LIU, she helped propel her team to the NCAA tournament for the first time in school history and faced NCAA powerhouse University of Connecticut.

Dudley left LIU as the all-time leader in six different categories and was named to the LIU Athletics Hall of Fame in 2011.

After college, she went on to coach at the University of Wilmington in North Carolina as an assistant before accepting a teaching and assistant coaching position at her high school alma mater alongside her former head coach, George Washington.

In 2011, Coach Dudley became the head girls’ basketball coach at Woodbridge High School. At Woodbridge, she accumulated over 155 wins and appeared in the Virginia 6A State tournament in 2014, 2015, 2016, 2017, and 2018. In 2019, the Lady Vikings were District, Regional, and State champions, winning the first girls basketball state championship in school history.