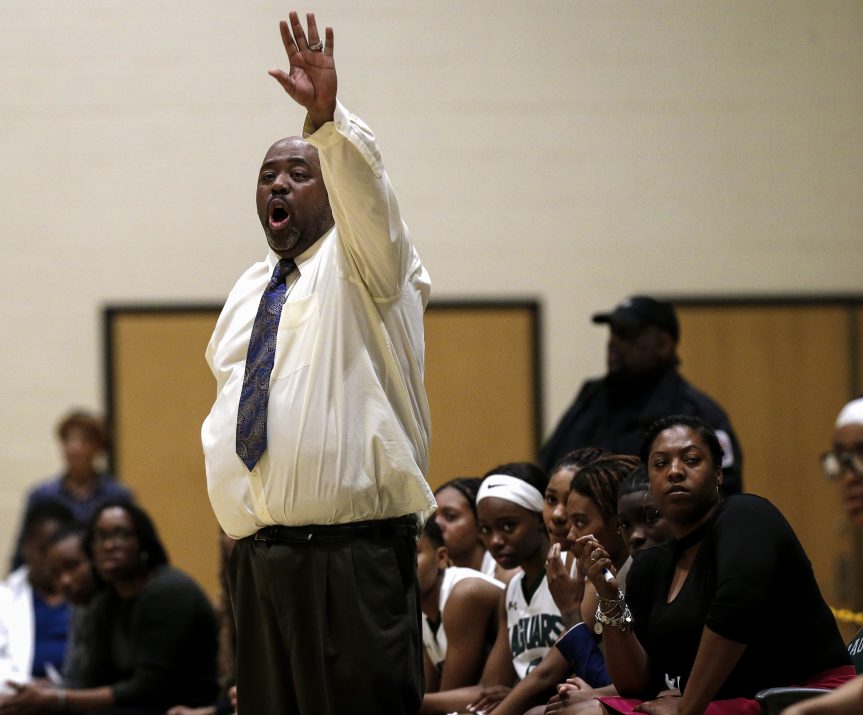 HYATTSVILLE – Louis Wilson watched as alerts began to flicker on his phone late Wednesday evening. The head coach of the Dr. Henry Wise, Jr. High School boys basketball team received multiple text messages from his players in a group chat as news came out the NBA was suspending their season due to the new coronavirus, known as COVID-19.

The next morning, as his anxiety grew, the 33-year coach began to have second thoughts of participating in the Maryland Public Secondary Schools Athletic Association (MPSSAA) state semifinals, where his Pumas would take on Richard Montgomery on Thursday night.

He emailed both Prince George’s County Public Schools (PGCPS) Coordinating Supervisor Earl Hawkins and MPSSAA leadership about his concerns playing a basketball game during the pandemic.

With less than four hours before the first slate of games tipped off, MPSSAA announced the postponement of the boys and girls basketball state semifinals and finals until further notice on Thursday afternoon.

They were set to take place at the Xfinity Center at the University of Maryland-College Park and SECU Arena at Towson University.

The state association initially decided on Wednesday evening to hold the semifinals and the finals in a “closed gym” format. Only the teams, coaches, parents, or legal guardians, school superintendents, principals, and athletic directors would be allowed to attend the games. Fans and media were not allowed to attend but could watch the games from home on a live stream.

Since that decision was made, the effects of the virus expanded into the sports world overnight. Following the NBA’s decision to suspend the season after multiple players tested positive for the virus, numerous college conferences and professional sports leagues announced their decision to stop their seasons. The University of Maryland announced new venue policies for athletic events before announcing all spring sports were canceled.

“The circumstances of this case indicate that we are entering a new phase of this crisis in this state,” Hogan said in a press conference. “We should expect the number of cases to dramatically and rapidly rise. Our primary focus is now turning from containment to aggressively working to mitigate and limit the spread of the virus.”

Waiting for a decision on what would happen to the games felt “like living a movie,” Fairmont Heights High School boys basketball coach Chuck Henry said. He continued to administer practices to have his players prepared for their 1A state semifinals game against Lake Clifton on Friday.

“Once we saw the big guys go down, everyone knew where we were heading to that point,” Henry said. “It seemed like they had more information that we all had, and they are taking the precautions to protect their love ones and their investments…and when they did that, all the dominos started to fall.”

The county’s other boys’ basketball team, Frederick Douglass, was making its second 2A state semifinals appearance as they prepared to take on Wicomico. County schools in girls bracket include Charles H. Flowers, competing for its second straight 4A state title while Chesapeake Math & IT Academy (CMIT-North) made its first state semifinal appearances.

Both coaches acknowledged MPSSAA’s communications with them about possible schedule changes, including the attendance changes. However, once the NBA and Ivy League began canceling their seasons, Henry said he did not think that it was appropriate for games to proceed.

“There is some uncertainty in the end, and I think that is what we are facing,” Henry said. “Not knowing what is going on and what the final decision will be. It has been an emotional roller coaster, but we just try to make the best out of it.”

There is no timeline for when the state semifinals and finals will be rescheduled. Also, officials have not released any information on the status of the spring sports season with official competition starting on March 20. MPSSAA declined to comment for this story.