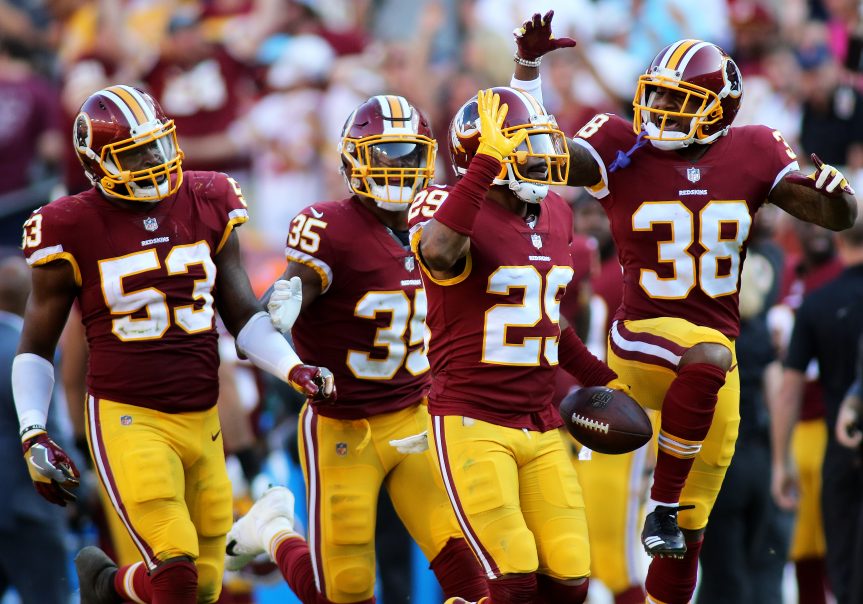 WASHINGTON — The Washington Redskins finished 3-13 overall in 2019 for a last-place finish in the NFC East division, prompting the franchise to make dramatic changes entering the 2020 season.

Washington fired former head coach Jay Gruden on Oct. 7, 2019, which left Bill Callahan as the interim head coach for the remainder of the season. Following a nine-year stint as head coach of the Carolina Panthers, Ron Rivera was hired on Jan. 1 to become the Redskins’ 29th head coach in franchise history.

In addition to several adjustments to its coaching staff, Washington’s 11 free agency signings are expected to make an immediate impact.

Cornerback Kendall Fuller returns to D.C. on a four-year deal worth roughly $40 million after playing two seasons with the Kansas City Chiefs, which included a 2020 Super Bowl win.

The former Our Lady of Good Counsel standout was drafted by the Redskins in 2016 then traded for quarterback Alex Smith in 2018. The 5-foot-11 Baltimore native will bring versatility to the Redskins’ defensive unit.

“Beyond Blessed and Thankful for my time and support in Kansas City! Created memories of a lifetime winning a championship with chiefs kingdom, and I am forever grateful!” Fuller wrote in a recent social media post.

“Redskins Nation! I’m so excited to be back…”

Pro Bowl linebacker Thomas Davis Sr. will reunite with Rivera after Davis spent eight seasons in Carolina. The linebacker will be turning 37 on March 22 and brings valuable veteran leadership along with familiarity with Rivera’s style of coaching.

Though he has jumped around quite a bit since being drafted in 2014, Pierre-Louis is coming off one of his better seasons last year and may play an integral role on Washington’s special teams.

Sean Davis will have an opportunity to bounce back from a season-ending shoulder injury in Week 2 this past year as he teams up with strong safety Landon Collins in the secondary. The free safety returns to his hometown after four seasons in Pittsburgh and a stellar career at the University of Maryland.

Running back J.D. McKissic comes to Washington on a one-year deal and quarterback-turned-tight end Logan Thomas will join the team to bolster its offensive unit.

The 6-foot-6, 250-pound Thomas racked up a career-high 16 receptions with Detroit last season for 173 yards and a touchdown. McKissic, a teammate of Thomas in Detroit, tallied 38 carries for 205 yards in 2019.

Guards Wes Schweitzer (three years, $13.5 million) and Brandon Scherff ($15.03 million projected franchise tag salary) will provide powerful blocking on the offensive line in addition to offensive tackle Cornelius Lucas, who agreed to a two-year contract with the Redskins after leaving the Bears.

Lucas, standing 6-foot-9 and weighing more than 300 pounds, was added on a 5.3 million dollar, two-year deal.

The Redskins have rumored interest in Cam Newton, depending on how Rivera uses quarterback Dwayne Haskins. With the No. 2 pick in the approaching NFL Draft, the Redskins going with LSU quarterback Joe Burrow or Ohio State defensive end Chase Young is very much in the realm of possibility, according to reports.

Washington last made the playoffs when it finished atop the NFC East division in 2015, and last had a winning season in 2016. After the Redskins make finishing touches on the roster following the draft, the franchise – along with fans – will have high expectations for the 2020 season.