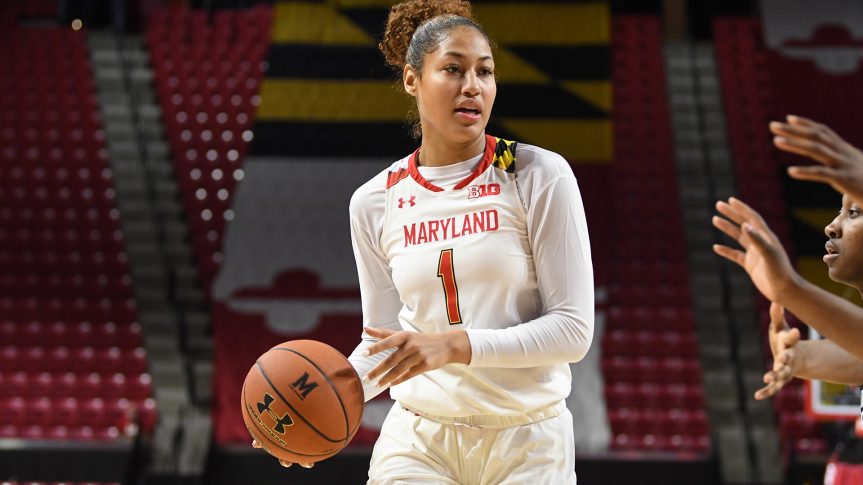 HYATTSVILLE – Less than two weeks after winning their fourth Big Ten Tournament title, two members of the University of Maryland women’s basketball team’s championship squad will be moving on from the program.

“We wish Shakira and Olivia all the best as they look for new opportunities,” Maryland coach Brenda Frese said. “We are grateful for their hard work and their time here with our Maryland family. They contributed to championships here at Maryland, and those memories will last a lifetime.”

In her sophomore season, Austin became a fixture for the Terrapins offensively, as she was second in points scored (383) in 32 games played, averaging 12 points a game.

She was also second on the team in rebounds (218) and first in turnovers caused (92) and blocks (41). The 6-foot-5 forward was Big Ten Player of the Week Honor Roll once and ended the year begin elected to All-Big Ten Second Team.

With senior center Stephanie Jones and Austin playing in the post, Maryland won a share of the regular-season conference title, the program’s fifth in six years. They ended the season winning 17 consecutive games with a record of 28-4. The Terrapins finished the year ranked No. 4 in the final Associated Press poll and No. 3 in the RPI ranking.

In a statement released on her Instagram page, Austin called the decision “the most difficult decision of my young career” but did not provide any explanation that lead to her decision. The sophomore did not disclose what school she would be attending, either.

“I’ve decided that it’s in my best interest to transfer from [the] University of Maryland. I would like to thank the coaching staff, professors, fans and most importantly my teammates who supported me throughout the past two years,” Austin said. “Please respect my privacy during this process, this is a very sensitive time.”

While transfers are frequent, Austin’s departure follows a string of recent high-profile departures from the women’s basketball program.

In 2017, guard Destiny Slocum left the program after being named Freshman of the year by the Women’s Basketball Coaches Association to join Oregon State. Before heading to the WNBA in the 2018 draft, guard Lexie Brown spent her first collegiate seasons in College Park before transferring to Duke for her junior year.

Owens, a 6-foot-4 center from Niskayuna, New York, redshirted during the 2019-2020 season after being diagnosed with a case of Mononucleosis. As a freshman, she averaged 1.5 points per game and collected 20 rebounds in 16 games played.

“A part of my heart will always be with my Terp family. That being said, I am announcing my departure from the University of Maryland,” Owens said in a statement on her instagram page. “I have entered the transfer portal and reopening my recruitment process and looking forward to the next chapter of my life.”

With four seniors graduating this year, including Glenn Dale native Kaila Charles (Riverdale Baptist), Frese will be looking to rebuild her roster with sophomore Taylor Mikesell as her only returning starter. Guard Ashley Owusu will look to continue building off a successful first year in Maryland after she was elected Big Ten Freshman of the Year.