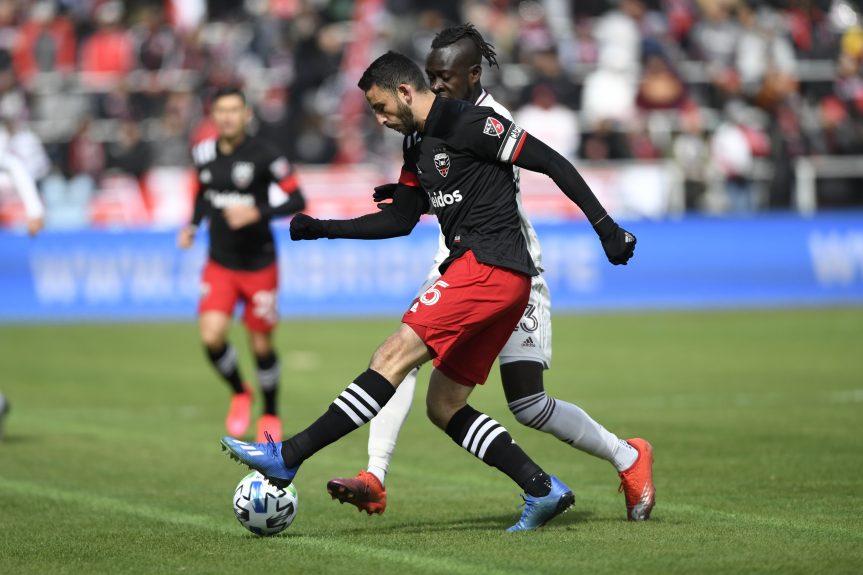 HYATTSVILLE – D.C. United’s return to the pitch has been delayed longer after Major League Soccer (MLS) announced that it will have to extend its season due to the COVID-19 outbreak.

The league announced that its new target date to play games would be May 10, as it follows the guidelines provided by the Centers for Disease Control and Prevention (CDC) to cancel all mass gatherings of 50 or more people for the next eight weeks.

MLS also announced on March 20 that its training moratorium has extended through, and including, March 27.

“MLS remains focused on playing the entire 2020 season and is evaluating all options, including pushing back the end of the season and playing MLS Cup in December, as the league did prior to the 2019 season,” according to the league’s statement. “Throughout this process, MLS will continue to prioritize the safety of our fans, players, employees, and partners and to coordinate with federal and local public health authorities as well as other sporting organizations.”

In a statement, United said it supports this league’s decision and will attempt to provide fans updates on rescheduled matches. Nine matches were scheduled to take place and will need to be moved to later in the calendar, including four home games.

During the training moratorium, the team’s training facility in Audi Field is on lockdown, and players can only enter the venue for “physical therapy purposes at the direction of club medical staff to ensure adherence to safety protocols,” according to league officials. Players were provided sanitized training items, including a ball and cones, to continue training on their own.

Before the stoppage, United earned a 2-1 comeback victory over expansion side Inter Miami CF on March 2. Two players went down with injuries before the end of the first half, striker Ola Kamara and midfield Joseph Mora. After the game, head coach Ben Olsen announced that both suffered hamstring injuries.

Kamara, who signed a designated player deal, is penciled in as the club’s central striker after scoring three goals in five matches following his arrival last season. However, hamstring and fitness issues limited his playing time, an issue the club hoped would be rectified with a full preseason under their watch.

“We have to look at that, what we’re doing and what the players are doing,” Olsen said after the Miami game. “It’s just too many.”

Erik Sorga, a 20-year old striker from Tallinn, Estonia signed on loan during the offseason, came in for Kamara, and played 75 minutes. Olsen sees him as a backup that can play more minutes during the middle part of the season.

The front office has reportedly maintained busy during the shutdown looking for more offensive power as they expressed interest in acquiring U.S. international striker Bobby Wood.

Wood currently plays for German second division club Hamburg SV, where he has only played six games and has yet to score this season. Wood’s contract reportedly ends on June 2022. United claimed Woods during the league’s discovery process. They can purchase his contract before the May 5 transfer deadline or wait for the window to reopen in July.

Meanwhile, the shutdown allows the club’s new midfielder Federico Higuaín, to regain full fitness. In his introductory press conference on March 4, the 35-year-old said he was two months away from playing meaningful minutes for United. He suffered an anterior cruciate ligament (ACL) tear while playing for Columbus Crew SC last year.

The Washington Spirit announced on Sunday that the club extended its training moratorium.

“We continue to follow the guidelines released by the Centers for Disease Control and Prevention. The National Women’s Soccer League has extended its training moratorium through and including Sunday, April 5, 2020,” the Washington Spirit said in a statement.

“As a result, our regular season start, scheduled for April 18, will be delayed. We are considering all possible implications for the pre-season and regular season schedules while prioritizing the health and safety of our players, staff and fans.”