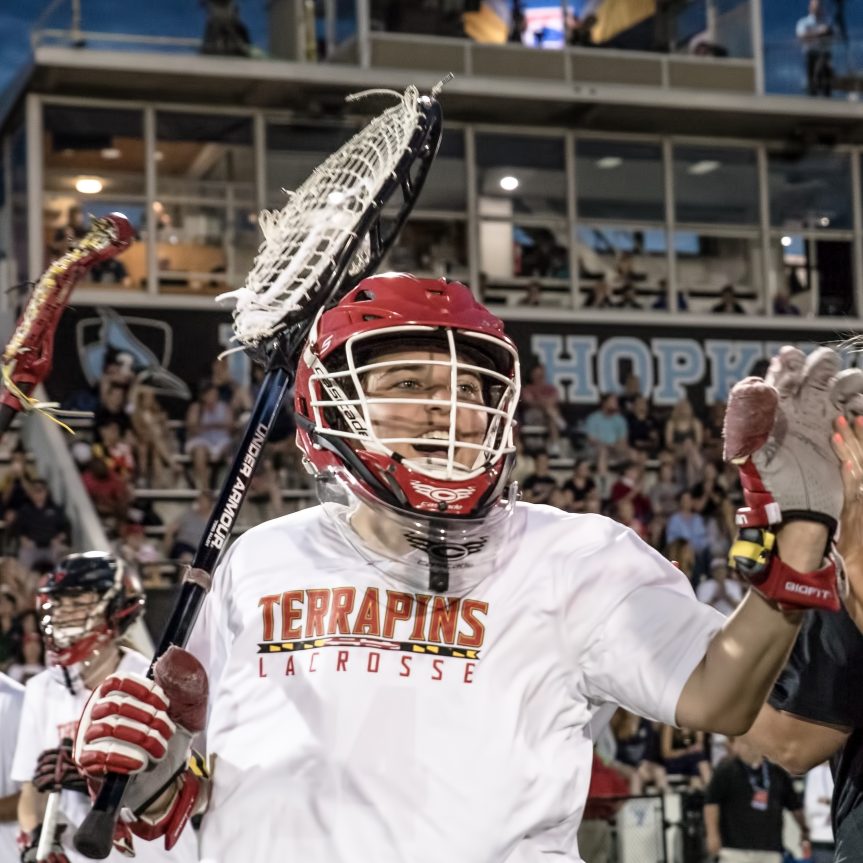 Every year, The Sullivan Award, presented by the Amateur Athletic Union (AAU), recognizes the nation’s most outstanding amateur athlete whose accomplishments are accompanied by qualities of leadership, character and sportsmanship.

Taylor, a 2019 graduate from the program, becomes the first lacrosse player to be nominated as a finalist in the 90-year history of the award.

“I am so honored to represent Maryland and the sport of lacrosse as a finalist for the AAU Sullivan Award,” Taylor said.

“It is truly humbling to be selected alongside America’s best college athletes for this prestigious honor. Of course, this wouldn’t be possible without all the incredible support I’ve gotten from the most amazing family, teammates, and coaches in the world. This is the perfect way to cap off the best four years of my life!”

Winning the AAU Sullivan award would be a perfect culmination to one of the most accomplished college lacrosse players ever, male or female. In addition to leading the Terps to national championships in 2017 and 2019, the Howard County native was the first goalie to win the Tewaaraton Award.

Some of Taylor’s additional achievements include being named the 2019 IWLCA (Intercollegiate Women’s Lacrosse Coaches Association) Player of the Year, 2019 Honda Sport Award winner, two-time IWLCA Goalie of the Year, four-time Big Ten Goaltender of the Year, 2019 NCAA tournament MVP, and 2018-19 UMD Student-Athlete of the Year, among several other athletic and academic honors.

Throughout her career at Maryland, Taylor powered the Terps’ staggering defense by posting 740 saves (second-most in program history) with a .512 save percentage, in addition to allowing only 177 goals in 23 games as a senior.

The winner will be announced at the 90th annual AAU Sullivan Award ceremony, scheduled to take place at the New York Athletic Club on April 21. Voting for the award closes on March 30 at 11:59 p.m.