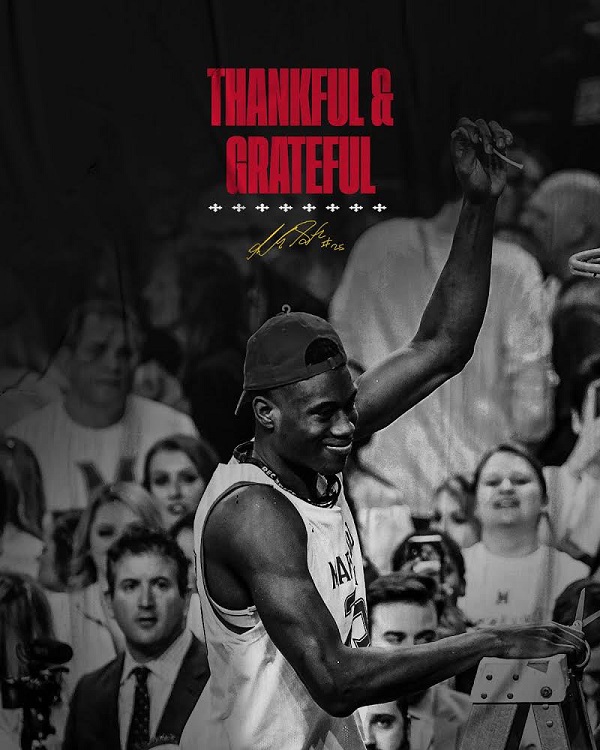 COLLEGE PARK – University of Maryland sophomore forward Jalen Smith announced on Instagram that he will forgo his final two seasons of eligibility after declaring for NBA Draft.

He led the Terps to a regular-season Big Ten Conference title finishing with a 24-7 record after the season was cut short due to the coronavirus pandemic.

“Thank you to Terp Nation,” Smith said. “We were 16-1 at home due to your support and energy you brought every game. I’ll cherish forever celebrating the Big 10 championship with you.”

According to multiple reports, Smith is projected to land in 22-30 range after he built upon an impressive freshman campaign, averaging 15.5 points per game and 10.5 rebounds per game.

With the sophomore forwards announcement comes some questions in the frontcourt for the Terrapins. The depth in the frontcourt has been depleted after sophomore forward Ricky Lindo Jr. entered the transfer portal. The highly touted Mitchell twins, Makhi and Makhel, also left the program in December and recently announced their commitment to the University of Rhode Island.

Only Donta Scott, Joshua Tomaic, and Chol Marial will be coming back for Terps to maintain their depth. Former Boston College forward Jairus Hamilton’s recent commitment will help to resolve some of the questions as well. Aaron Wiggins, Big Ten Sixth Man of the Year, and Darryl Morsell’s return at the wing spots will help mitigate the loss of Anthony Cowan Jr. to graduation as well as the signing of incoming freshman point guard Marcus Dockery.