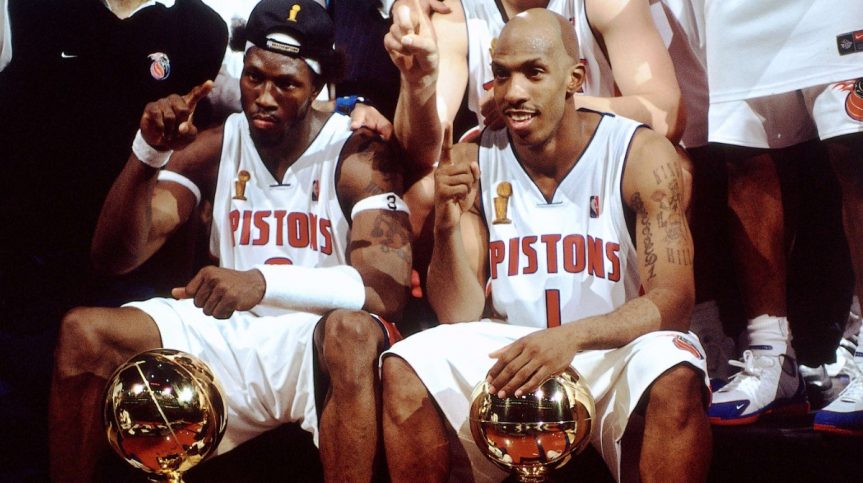 WASHINGTON – Current and former basketball stars came together to play rounds of HORSE in front of a nationally televised audience as ESPN, the NBA and WNBA put together a tournament that aired on April 11.

The 2020 NBA HORSE Challenge was done virtually in the home courts of each player to entertain quarantining viewers. Players had to match each other’s shots or receive a letter. The first person to spell out “HORSE” was eliminated from the 8-player tournament.

Billups failed to convert a left-handed floater, and a behind the backboard shot and a left-handed free throw attempt while dealing with the windy conditions at his home court in Colorado.

However, Young lost the lead after failing to convert three consecutive shots, including a 3-pointer and an attempt from behind the backboard. The second-year All-Star, known for taking long-range efforts during games, missed two straight shots, including a left-handed 3-pointer, as Billups advanced to the semifinal round.

“That’s how you respect your elders Trae,” Billups said after the game.

Catchings struggled to gain her rhythm while battling windy conditions at her outdoor court in Indianapolis. Conley collected only one letter and sealed his victory with an over the backboard from behind shot with his right hand.

Zach LaVine of the Chicago Bulls used his athleticism and creativity to sweep former Boston Celtics legend Paul Pierce in their matchup. LaVine, who said during the broadcast that he takes 500 shots a day, attempted multiple creative layups that Pierce could not convert. The guard did not receive a letter and finished the game by converting a deep out-of-bounce 3-pointer.

In the nightcap, WNBA star Allie Quigley knocked off Oklahoma City Thunder point guard Chris Paul competed in the most completive pairing of the quarterfinal round. The Chicago Sky Blue guard took a two-letter lead after Paul failed to match a sitting-down shot, an homage to Peter “Pistol Pete” Maravich.

Paul, with HORS spelled out, bounced back, starting with a one-footed, body twisting shot away from the basket. However, after forcing Quigley to reach HOR, the Thunder star could not match a free throw bank shot, giving the WNBA star the victory. She will face LaVine while Conley will take on Billups.

ESPN will broadcast the semifinals and championship game on Thursday, April 16, starting at 9 p.m. The winner will have more than $200,000 donated in their name by State Farm to charities helping relief efforts during the pandemic.