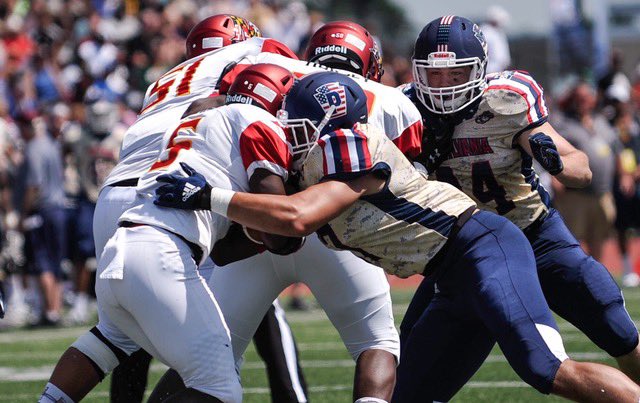 WASHINGTON – With cases of the coronavirus known as COVID-19 growing in the metropolitan region, the District of Columbia State Athletic Association (DCSAA) announced its decision to cancel this year’s spring sports season on April 17.

Officials worked with Mayor Muriel Bowser’s office before canceling its season and promised to continue promoting the city’s tips to stay healthy during the pandemic. Established in 2012, DCSAA is comprised of 49 of the city’s public, public charter and independent (private and parochial) high schools according to its website.

“We are disappointed for those student-athletes who will not have the opportunity to compete and showcase their skills during their senior season,” DCSAA Executive Director Clark Ray said. “But we fully support the mayor’s decision and recognize the importance we collectively play in helping to flatten this curve and stop the spread of this deadly virus.”

Before the cancelation was confirmed, D.C. Public Schools announced its decision to continue online learning for the rest of the school year. During a presentation on April 17, Bowser confirmed that school buildings would remain closed, and the city’s stay-at-home order was extended until May 15.

Spring sports in the District include baseball, cheerleading, chess, outdoor track and field, softball, tennis and ultimate frisbee. Multiple teams began their campaigns and played 1-2 games before the shutdown in March.

“People need to follow all the recommendations issued by the CDC, the District of Columbia Department of Health, and the mayor,” Ray said. “The health and safety of our student-athletes, coaches and school administrators are our number one priority.”

District schools who participate in the Washington Catholic Athletic Conference (WCAC) had their conference games paused after Commissioner Steve Colantuoni announced the suspension of all athletic activities on March 16. He added that officials were attempting to create “a modified schedule” for the spring season, a task made harder with both D.C. and Virginia closed.

In a letter to coaches, participants, and fans on April 14, Executive Director Gary Cathell said the “uncertainty” caused by the spread of COVID-19 forced event officials to cancel all events related to the showcase, which would have taken place on Memorial Day on May 25.

“It is about protecting our players and fans,” Team Maryland Director Scott Ripley said. “I am truly disappointed for the players selected to this year’s team. They will be missing out on something that they would never forget in a lifetime. We wish them total success in college this coming fall.”

Maryland is the only state in the region whose public and private school leagues have yet to announce its spring season plans. The Maryland Public Secondary Schools Athletic Association (MPSSAA), which works with the state’s public schools, suspended all athletic activities on March 27, including the semifinal and final rounds of the boys and girls basketball tournament.

As of April 18, MPSSAA has not announced its plans as Maryland Gov. Larry Hogan extends distant learning for students until May 15. If any spring competitions were to take place after May 23, the association would need to pass an amendment to extend the athletic calendar, according to its handbook.

“The leadership of the MIAA and IAAM remain hopeful that both leagues will be able to offer our student-athletes an opportunity to return to play at some point this season,” the statement said. “Both leagues will continue in their efforts to consider possible options dependent upon the re-opening of schools.”