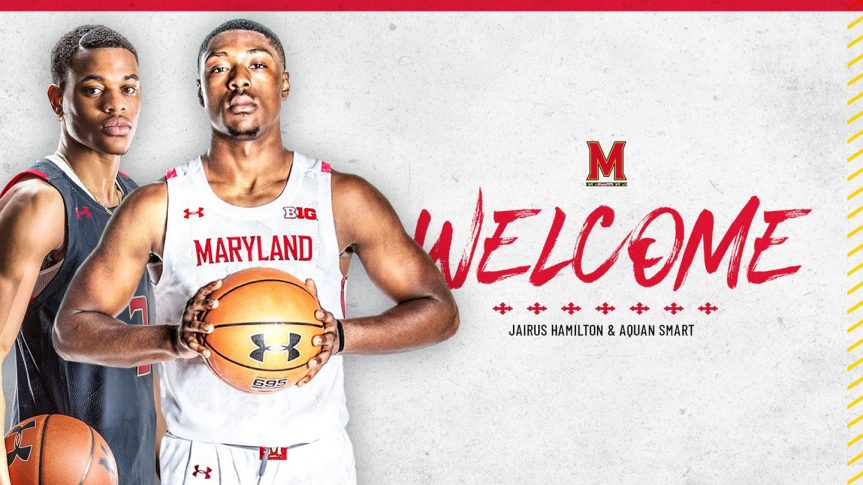 Hamilton has two years of eligibility remaining. He hopes to figure into Maryland’s plans right away if the NCAA approves a rule change that allows student-athletes a one-time transfer without sitting out. The junior forward will bring more experience to the frontcourt with him after notching 54 games and 28 starts for the Eagles in two seasons.

“Maryland is getting a big-time person and a big-time player. I’ve known Jairus for about eight years now, and he is an awesome human being.” Roth said. “He lights up the room with his personality. He’s a high-level competitor. He will add to the championship culture Coach Turgeon has established at Maryland.”

The transfer provides a welcoming presence to Maryland’s frontcourt after multiple departures from the program. In December, twin brothers Makhi and Makhel Mitchell (Wilson High School) left the program and entered the transfer portal.

Sophomores Ricky Lindo Jr. and Jalen Smith filled in. However, after the Terrapins’ season was cut short due to the virus, Lindo, a small forward, entered the transfer portal and signed to join George Washington. After a standout sophomore season, Smith elected to forgo his remaining eligibility and declared to the 2020 NBA Draft, leaving Maryland undersized.

Turgeon said Maryland built a rapport with Hamilton back in high school, which helped in the transfer process, and his skills as a versatile forward will be a food fit for their program.

“I’m very excited to be coming to College Park this fall. It felt right committing here because of the tradition of winning and the great family bond the community upholds.” Hamilton said. “It’s also a great institution to advance academically. I look forward to playing with a great group of guys and learning from coach Turgeon and his staff.”

As for Smart, the head coach said that the freshman provides size with his 6-foot-3 frame and playmaking skills as a scorer and facilitator.

“I’ve never been more excited for anything than I am to join the Maryland basketball program. Maryland was the right fit for me because of the point guard success they have had and the coaches trusting them so much.” Smart said. “Maryland fans can expect a hard-working player that is going to do anything for the program to hang banners in the rafters.”

The Terps backcourt will have a nice mixture of veterans and youth next season. Future upperclassmen Eric Ayala and Darryl Morsell will bring leadership. At the same time, guards Serrel Smith and Hakim Hart will provide fierce competition for backcourt minutes for their new freshman teammates.