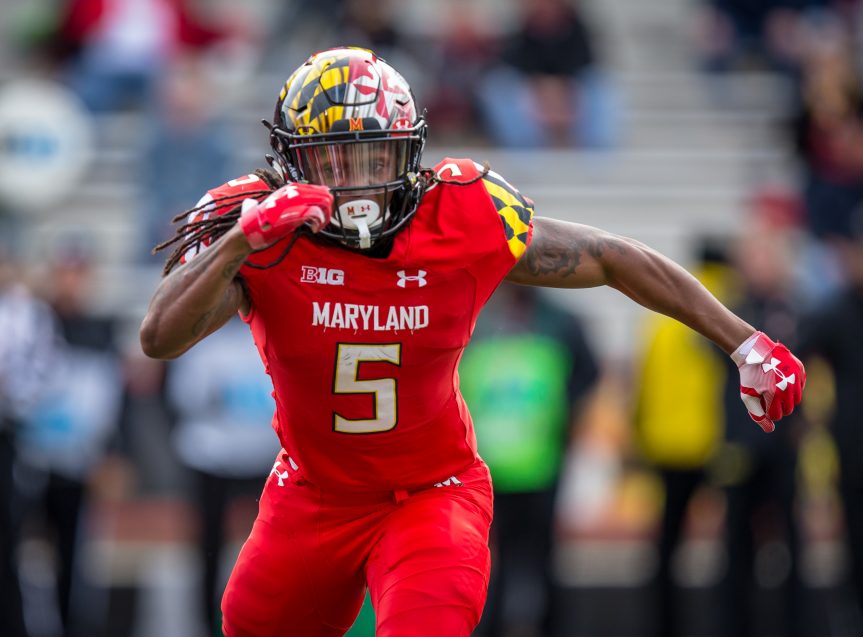 COLLEGE PARK, Md. – University of Maryland running back Anthony McFarland Jr. (DeMatha Catholic High School) was selected by the Pittsburgh Steelers in the fourth round of the 2020 NFL Draft earlier today.

McFarland rushed for 1,648 yards and 12 touchdowns in just 23 career games in a Terrapin uniform. The DMV product ended his Maryland career ranking third all-time in program history by averaging 6.7 yards per carry.

McFarland was the 12th running back drafted at No. 124 overall. He’s the highest drafted Terrapins running back since LaMont Jordan (Suitland High School) was chosen 49th overall by the New York Jets in the second round of the 2001 NFL Draft.

With McFarland’s selection, Maryland has had a player chosen in 24 of the last 26 NFL Drafts. The Terrapins have had a player selected in the first four rounds in three straight years, including placing players in the first round in both 2018 (DJ Moore, Panthers) and 2019 (Darnell Savage Jr., Packers).

Here are some photos taken of the hometown product over the years. Photos by Cory Royster/The Sports Pulse