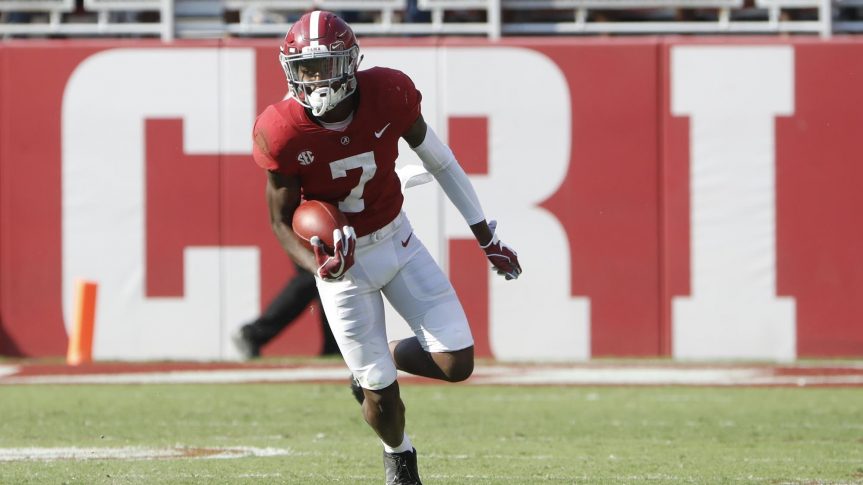 GAITHERSBURG – In a move to rejuvenate their defense, the Dallas Cowboys drafted cornerback Trevon Diggs, a Gaithersburg native and former University of Alabama star, with the 51st pick of the NFL Draft on April 24.

The selection was a move that team officials prepared for as Owner Jerry Jones said they did not expecting Diggs still be available by the time their pick in the second round came. Jones called the possibility of landing the former Avalon School graduate a “1 percent chance” based on team research as attempts to trade spots with other teams faltered.

“You’ve got to be ready, and you’ve got to do all the work as though you have several of them wanting to trade with you,” Jones told reporters. “We couldn’t get those trades. Nobody wanted to trade them.”

Luckily, the 2019 first-team All-SEC defender fell, and Dallas did not hesitate in making the selection. Listed at six-foot-one and 205 pounds, Diggs addresses their cornerback needs following the departure of Byron Jones, who left in free agency for the Miami Dolphins.

Trevon Diggs is the younger brother of Buffalo Bills wide receiver Stefon Diggs and an admitted Cowboys’ fan. Moments before the pick was announced, the younger Diggs was stunned to receive a phone call from Jones about joining Dallas.

“I was star-struck,” Diggs said. “That’s Jerry Jones. Words can’t explain it, the feeling when my heart kind of dropped.”

Diggs was rated as a four-star athlete out of high school, and eventually signed to play at for Alabama. His versatile in playing on offense, defense and special teams as a freshman was critical in the Crimson Tide’s journey to a national title win in 2017. He made the fulltime switch to the defense in his sophomore season, where his physicality, size and playmaking instincts shined through.

“I can attack the ball,” Diggs said. “I can go get the ball. It’s like you have a wide receiver playing corner. I’m hungry for the ball. I don’t want pass breakups; I want interceptions.”

Diggs blossomed as a cornerback as he became a starter in his junior season. After a broken foot injury cut his 2018 season short, Diggs earned Second Team All-SEC and Third Team AP All-American honors during his final year with the Crimson Tide.