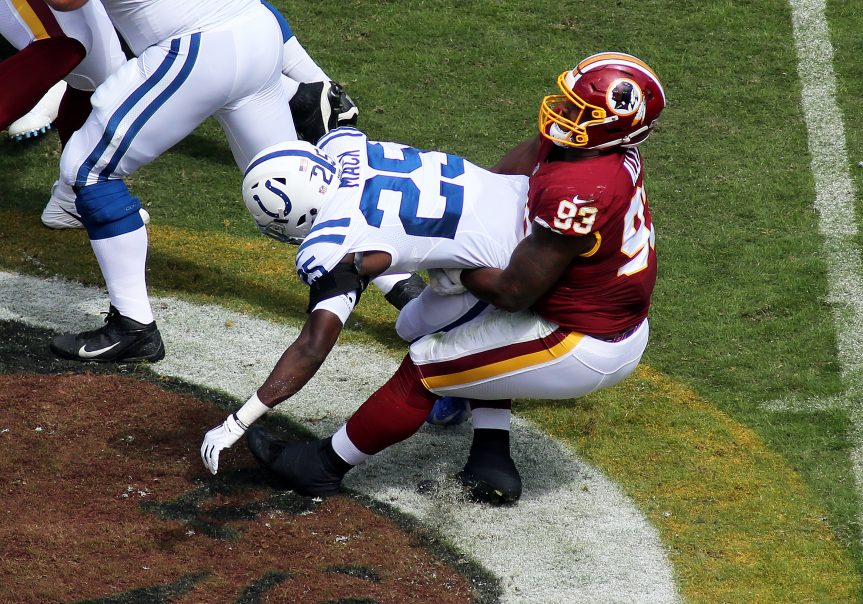 LOUDOUN COUNTY, Va. – The Washington Redskins recently announced that they have exercised their fifth-year option on the contract of defensive tackle Jonathan Allen.

Allen has started all 36 games in which he has appeared and recorded 139 tackles, including 18 for loss and has compiled 15.0 sacks.

Allen’s 14.0 sacks are sixth-most by a defensive tackle since 2018, so the decision to lock up the former Alabama University product seemingly was an easy decision to make with the extra available cap space.

During his tenure with the Crimson Tide, Allen appeared in 30 games and in 2016, he was a senior team captain and winner of the Bronko Nagurski Trophy, Chuck Bednarik Award and Ted Hendricks Award.

He was also a finalist for the Walter Camp Player of the Year, Lott IMPACT Trophy and the Lombardi Award. Allen finished his career ranked No. 2 in Alabama history in career sacks (28.5) behind Pro Football Hall of Famer Derrick Thomas.

The twenty-five-year-old played locally at Stone Bridge H.S. in Ashburn, Va., where he was a consensus five star recruit. He was selected as the Gatorade Virginia Football Player of the year.