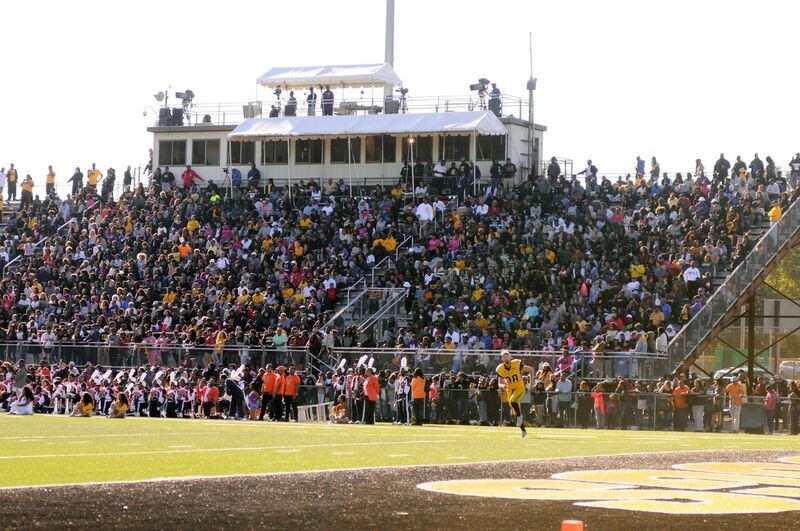 Bulldogs are on a quest for a three-peat

BSU’s schedule, consisting of 10 games, will feature a few new opponents before conference matchups begin. Over the past two seasons, the Bulldogs have emerged as one of the top Division II football teams in the nation, repeating as CIAA champions in the 2018 and 2019 seasons.

Head Coach Damon Wilson anticipates the competitive matchups as he and the Bulldogs look to put together another strong campaign this year.

Wilson is entering his 12th year as head of the program.

“The non-conference portion of our schedule will allow us to play three teams that represent three different [D-II] conferences and are excited about the opportunities to compete against some very good programs.”

Last season, Bowie State posted an 11-1 overall record and was 7-0 in conference play. The club’s only loss last season came in the first round of the playoffs to Carson-Newman.

BSU will head up to New England for its season opener at New Haven University (Connecticut) on Sept. 5 at 1 p.m.

The following weekend, Bowie will host Saginaw Valley State in their season opener at Bulldogs Stadium. The Bulldogs, who were led by former quarterback Amir Hall in 2018 and upcoming senior quarterback Ja’rome Johnson in 2019, will conclude their non-conference schedule at Texas A&M University-Commerce on Sept. 19 at 6 p.m. CT.

The conference opener for BSU will be at Livingstone in Salisbury, N.C., on Sept. 26, which will be followed by a Homecoming showdown against Johnson C. Smith on Oct. 3 at 2 p.m.

Bowie State’s only other two home games will be against divisional opponents Virginia State on Oct. 17 and Elizabeth City State on Nov. 7 – the regular-season finale.

A Week 6 faceoff will feature BSU at Chowan on Oct. 10; On Oct. 24, the Bulldogs will play at Virginia Union before squaring off against Lincoln on Oct. 31.