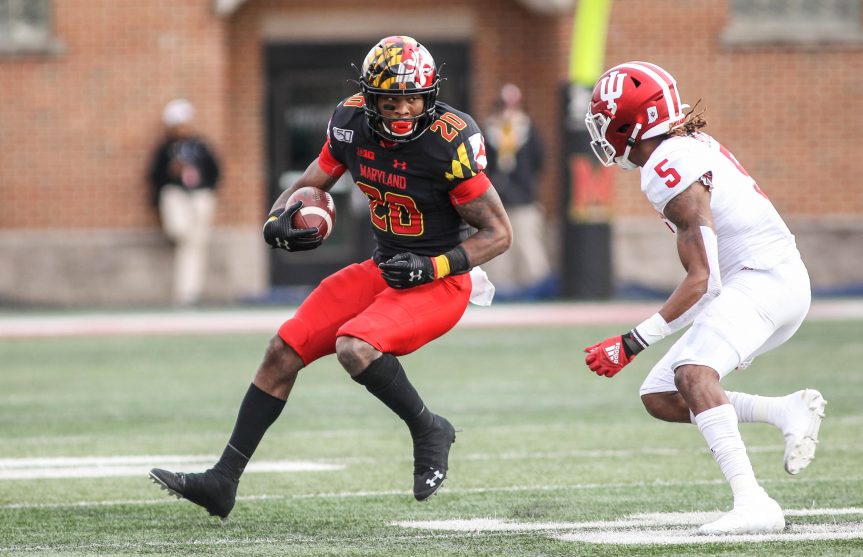 COLLEGE PARK – Following the results of the 2020 NFL Draft, many talented student-athletes signed with teams after going undrafted.

Several of those are from or played in the metropolitan area and signed as undrafted free agents getting the chance to fulfill their lifelong dreams of playing professional football.

Arguably one of the biggest names to go unselected was Javon Leake, the University of Maryland’s No. 1 rusher during the 2019 season.

He found a home signing with the New York Giants after the draft. As a running back, the Greensboro native posted 736 yards on 102 carries while scoring eight touchdowns during his junior year for the Terps.

“Thank you @nygiants for giving me an opportunity and making my dream come true,” Leake said on his Instagram page.

Another member of the Maryland offense picked up following the draft was tight end, Tyler Mabry. The 6-foot-4, 248-pounder signed with the Seattle Seahawks after playing out his senior year with the Terrapins following three years with Buffalo. He started all 12 games, caught 13 receptions for 155 yards and scored three touchdowns during his senior year.

On the defensive side, former DeMatha Catholic High School star Tino Ellis signed with the New Orleans Saints. The Reisterstown native will be joining the 11th ranked defense from last season after posting 71 tackles, 22 pass breakups and one interception during his Maryland career.

Meanwhile, after having his pro day canceled due to COVID-19, star linebacker Keandre Jones was able to sign a professional contract with the Chicago Bears. The former five-star athlete from Our Lady of Good Counsel High School led the team in sacks (7), forced fumbles (3) and quarterback hits (3) while completing 74 tackles.

Offensive lineman Ellis McKennie III was also not picked up but was in good spirits after his father was released from the hospital after spending two and a half weeks in a coma due to the coronavirus.

“Hearing that I will be a Philadelphia Eagle for this upcoming season just seems so unreal,” Bailey said. “All my hard work that I’ve been putting into this game is finally paying off. There’s no greater feeling then knowing that your childhood dreams are coming true.”

Illinois running back Reggie Corbin (Gonzaga College High School), Oklahoma cornerback Parnell Motley (HD Woodson) are two local talents that remained unsigned. They will look to join a team or receive a call to tryout during the training camp period.