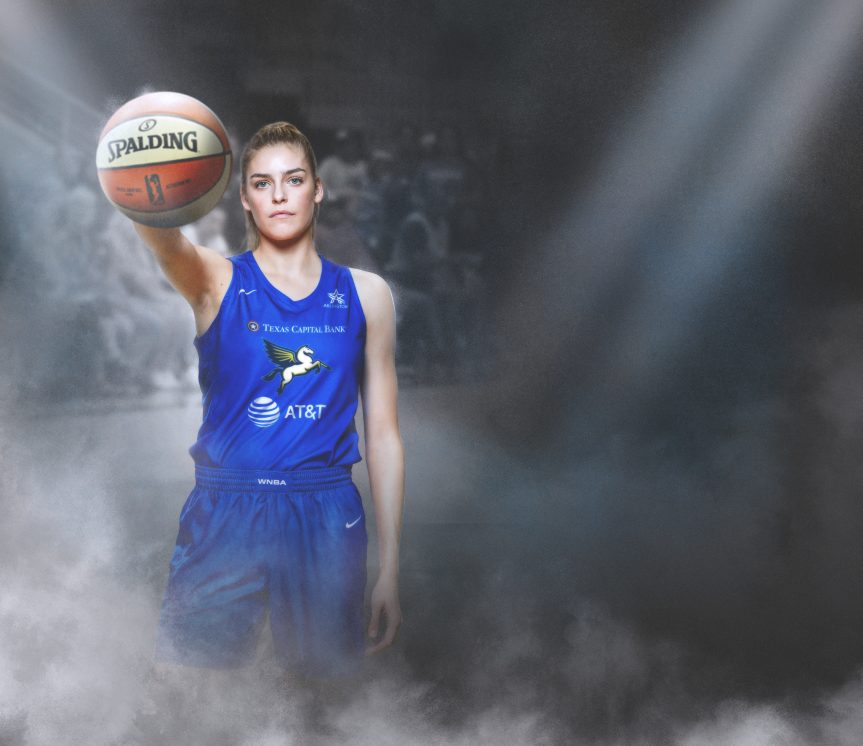 BETHESDA – With the sports world on hold due to the COVID-19 pandemic, the month of April resulted in the WNBA and NFL Draft to be held virtually.

The WNBA Draft took place on April 17 with Bethesda native Bella Alarie being taken fifth overall by the Dallas Wings.

“I think I have great versatility as a player,” said Alarie. “I’m 6-foot-4, but I can step out and shoot. I have a high basketball I.Q., I like to find my teammates for open shots, and I just play really hard.”

“I love the defensive end,” said Alarie. “I think I’m well rounded, and that’s modeled after the great players of the WNBA.”

Alarie also comes from a basketball family, as her father Mark Alarie played college hoops at Duke University and was drafted by the Denver Nuggets in 1986, spending five years in the NBA until retiring at the age of 27.

Alarie was one of the top five picks chosen in the WNBA Draft, along with University of Oregon star Sabrina Ionescu, who was taken first-overall by the New York Liberty.

One person pleased about the pick is Greg Bibb, Dallas Wings chief executive officer, partner and team president who expressed his thoughts on Alarie in an exclusive interview with The Sports Pulse:

HL: “How does it feel to have Bella Alarie on the Dallas Wings?”

GB: “We feel fortunate to have drafted her with the fifth-overall pick. Perhaps [because] she played at Princeton, that’s why she was a little under the radar. I believe she’ll have a very successful WNBA career.”

HL: “Bella is from Maryland, but she will be playing in Texas for the beginning of her professional career. How do you think she’ll adjust to playing there?”

GB: “She, like most other players, having experience playing in other places. As a member of USA Basketball, she’s accustomed to traveling around the world to play. I think the adjustment will be great. I think she’ll be the professional that she is.”

HL: “When the WNBA finally returns after the quarantine is likely over, how will it feel to have Bella on the court?”

GB: “I think Bella will be part of a young and exciting roster that will grow over time and win a lot of other games together.”