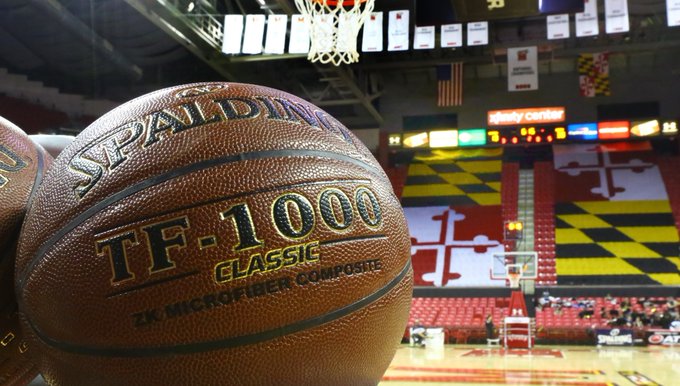 HYATTSVILLE – The Maryland Public Secondary School Athletic Association (MPSSAA) will officially recognize the remaining 16 boys and girls basketball teams that advanced to the final stages of the state finals as tournament semifinalists.

According to Executive Director R. Andrew Warner, the decision comes after the remaining rounds of each respective tournament, scheduled for March 12-14, was postponed and ultimately canceled due to the COVID-19 pandemic.

“The MPSSAA firmly believes the schools and student-athletes, who were on the verge of participating in the state semifinals/finals, deserve appropriate recognition for their accomplishments within their respective school’s historic basketball season,” Warner said.

Each team and student-athlete will be named a state semifinalist in the state record book. Schools will receive a set of commemorative roster cards and an official Spalding-TF1000 Classic game ball.

“The MPSSAA would like to commend the coaches, student-athletes and school administrators for the manner in which they conducted themselves during these unprecedented events surrounding the initial postponement and ultimate cancellation of these contests,” Warner said.

In the boys’ brackets, No. 5 Dr. Henry A. Wise Jr. High School were making their first Class 4A state semifinals appearance since 2017.

The Upper Marlboro-based school prepared to take on No. 1 Richard Montgomery, who was making its second consecutive appearance in the state semifinals. Another Montgomery County School, No. 2 Springbrook, prepared to face Parkville in the other Class 4A semifinal.

In the Class 2A semifinals, No. 4 Frederick Douglass was hoping to upset No. 1 Wicomico to make their first finals appearance since 2009. Fairmont Heights of Prince George’s County returned to the state semifinals for the first time since 2018 as the No. 7 seed in the Class 1A boys semifinals.

The Hornets were scheduled to face No. 3 Lake Clifton of Baltimore.

Meanwhile, on the girls’ side, No. 3 Winston Churchill prepared to take on the reigning champions No. 2 Charles H. Flowers in the Class 4A semifinals. In the Class 3A semifinals, No. 7 Rockville, who was making their first state semifinals appearance since 1987, would have faced No. 3 Baltimore Polytechnic Institute.

Prince George’s County teams CMIT-North and Surrattsville were both on opposite sides of the Class 1A bracket and would have faced each other if they won their semifinal games.