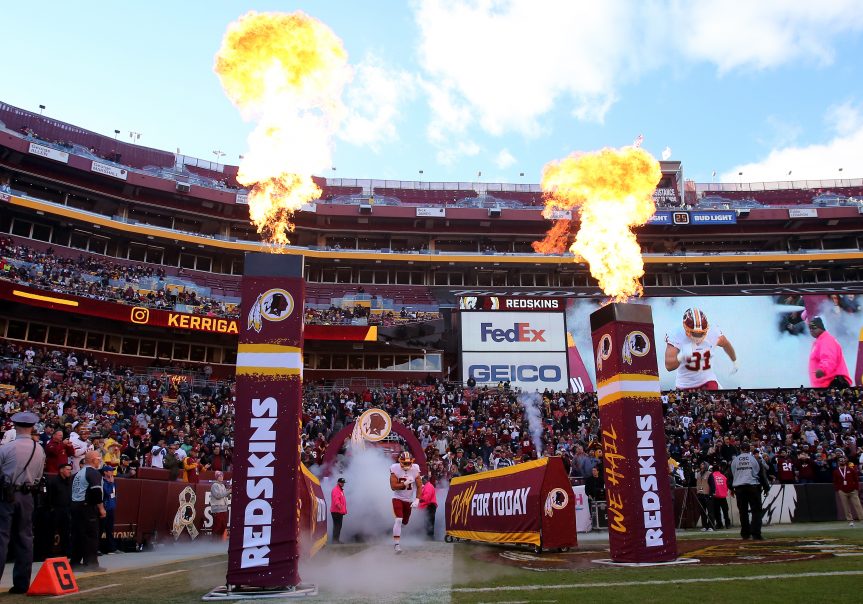 WASHINGTON — The Washington Redskins have released their 2020 regular season schedule, which will feature several quality matchups as the organization prepares for what it hopes will be its first winning season since 2016.

Likewise, the NFL announced the 2020 schedule on May 7. The Redskins will begin their quest for a turnaround year when they host the Philadelphia Eagles on Sept. 13 at 1 p.m. for the season opener.

Washington faced Philadelphia last season on the first game of the season, dropping a close one 32-27. This time around, the Redskins aim to avenge that setback.

As it stands, all but two Redskins games will be broadcasted on FOX: A Week 4 home matchup against the Baltimore Ravens and a Week 11 home game against the Cincinnati Bengals, both of which air on CBS. In that matchup, No. 2 overall pick Chase Young will try to take down No. 1 pick Joe Burrow.

“Now that the schedule is out, you kind of see who you’re playing, and I’m pretty excited about it,” said veteran running back Adrian Peterson following the announcement of the schedule.

“We have a tough task in front of us, but I feel like we’re going to be ready for it.”

On Sept. 20 at 4:05 p.m., Washington will take on 2019 Offensive Rookie of the Year Kyler Murray and the Arizona Cardinals at State Farm Stadium.

After departing from Glendale, Arizona, the Redskins will play in Cleveland for a matchup against Baker Mayfield, Odell Beckham Jr., and the Browns on Sept. 27 at 1 p.m. The Redskins will seek their fourth straight win over Cleveland dating back to 2008.

The football version of the ‘Battle of the Beltway’ will occur on Oct. 4 at 1 p.m. when Washington hosts 2019 MVP quarterback Lamar Jackson and the Baltimore Ravens. It will be the first time the two met since 2016 when Washington bested Baltimore 16-10. Then, Washington will host the Los Angeles Rams at FedExField on Oct. 11 at 1 p.m.

The Redskins’ first away divisional match will be at the New York Giants on Oct. 18 at 1 p.m. Last season, the Giants sailed to a 24-3 win over Washington on Sept. 29, 2019. Next will be the high-profile rivalry faceoff against the Dallas Cowboys at FedExField on Oct. 25.

The Redskins suffered two losses to Dallas 2019 – a Week 2 loss, 31-21, and a Week 17 loss, 47-16. This season the Redskins will have two chances to redeem themselves in arguably the biggest NFL rivalry matchup in recent history.

Following a Week 8 bye, the Redskins return to action against the Giants again. The rematch will be at FedExField on Nov. 8 at 1 p.m. After hosting Burrow and the Bengals on Week 11, Washington will again square off against Dallas for a Thanksgiving matchup with kickoff slated for Nov. 26 at 4:30 p.m.

“When you play Dallas, it’s such a big traditional game. You know you’ve got a captive audience because you’re the only game on that day at that time slot,” first-year Head Coach Ron Rivera said of the matchup.

“It’s pretty cool for our guys to know they’ll have the national stage, so I’m excited to play that game, especially in Dallas.”

After the Week 15 NFC matchup between the host Redskins and the Seattle Seahawks will be quite interesting, as the team will host the Carolina Panthers on Dec. 27 at 1 p.m.

Rivera will be taking on the team he formerly coached for nine seasons as Washington will look for its third consecutive win over Carolina.

“It will be so late in the season, the only people that will be making a big deal about it, in my opinion, will be the media,” Rivera said.

“If it had been one of the first two or three games, I could have appreciated that, but being where they put it – right around Christmas time – I’m not sure if it’s going to have that much of an impact or meaning to me personally at that point.”

To conclude the regular season, the Redskins will play the same team they opened the year against: at Lincoln Financial Field against NFC East opponent Philadelphia Eagles, on Jan. 3, 2021, at 1 p.m.