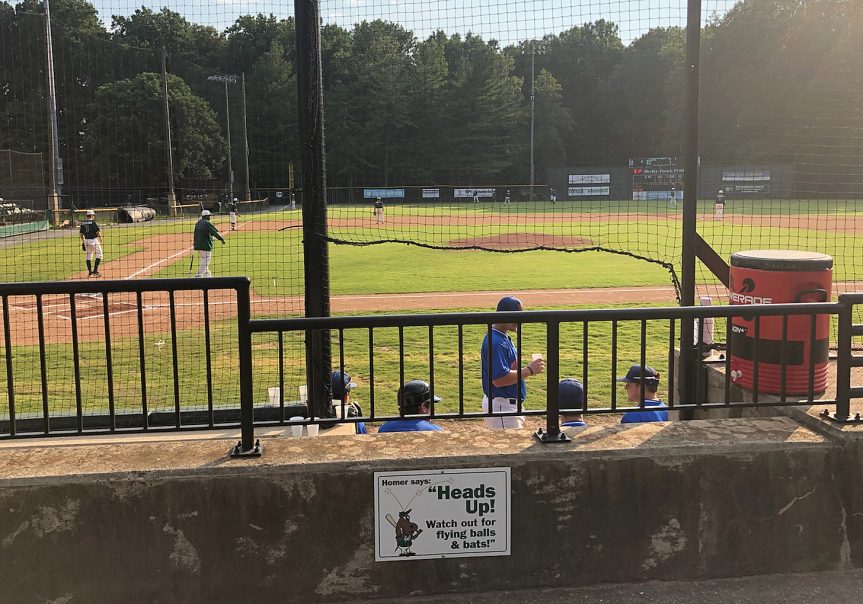 BETHESDA – The Cal Ripken Collegiate Baseball League (CRCBL) recently announced the cancellation of its 2020 season, adding another to the list of sports cancellations and/or postponements in the country/world.

The announcement came a month after the summer baseball league originally announced a plan to start the season on July 1st.

“It was getting down to the safety of our players from all over the country,” said CRCBL commissioner Jason Woodward. “Small businesses have always made donations to our league, but the risk just didn’t outweigh the reward due to the canceled season.”

Woodward was completely aware of the government regulations regarding Maryland, Virginia, and Washington, D.C.

“We just don’t have the technology to test everybody,” said Woodward. “We wanted to play, but we just couldn’t.”

The Big Train was coming off of four consecutive Cal Ripken League titles and hoping to add a fifth in 2020.

“I’m obviously disappointed and saddened by the fact that we need to cancel,” said Bethesda president and general manager David Schneider, “but this is also the right decision because of health and safety reasons.”

The Big Train has won a total of eight championships during their CRCBL tenure, and are managed by the great Sal Colangelo.

“There’s obviously disappointment on all different levels,” said Schneider. “This is tough for all the players who had their spring season partially canceled. College Coaches and players were eager to play this summer due to their shortened college spring season.”

Shirley Povich Field, the home of the Big Train, has been a staple for the players, coaches, fans, interns, and vendors for years, and they will have to wait until 2021 for baseball to return.

“It’s also disappointing for fans who have accustomed to spending their summers at Povich Field,” said Schneider. “Everybody was looking forward to those summer months where they get to see their summer friends. But we didn’t want to put anybody in danger.”

The Silver Spring-Takoma Thunderbolts have played their home games at Montgomery Blair High School for the two other Montgomery County teams. In contrast, the Gaithersburg Giants have played home matches at Criswell Automotive Field at Kelley Park.

“Coaching the kids these kids every summer is a lot of fun,” said Giants manager Jeff Rabberman. “We have a chance of three of our former players to be drafted in the first two rounds of the MLB Draft this year, and I think you can see that year in and year out in our league.”

Rabberman believed that Gaithersburg’s roster for 2020 was slated to be one of the best teams the organization had assembled.

“Not to have the opportunity to coach this team is disappointing for sure,” said Rabberman.

“More than anything, I feel really bad for the kids,” said Rabberman. “As a coach and an AD, I will have many more seasons, but these kids miss out on this opportunity and really have no way of getting it back.”