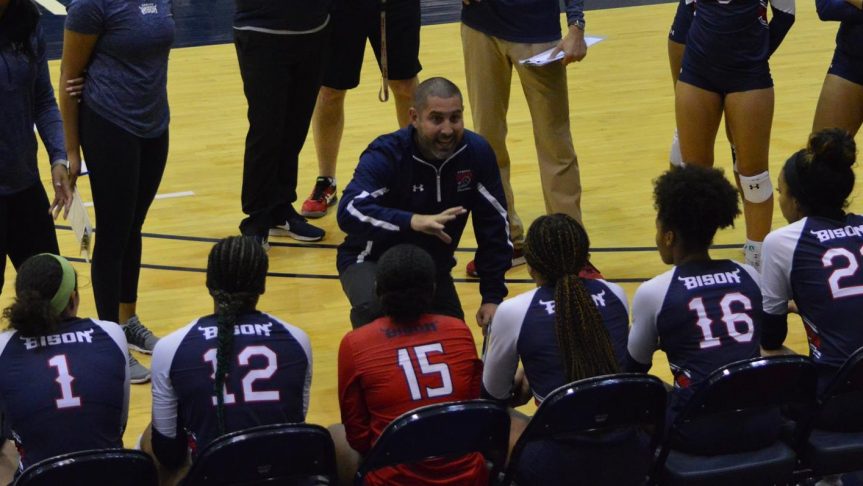 “We are excited with the caliber of student-athletes that make up our 2020 [signing] class,” said Howard women’s volleyball head coach Shaun Kupferberg. “These young women represent the qualities of Howard University on the court and in the classroom. Their enthusiasm about the game and preparation will make them a big part of our next step forward as a program.”

Smith is a high-level student-athlete, who led her team to its best finish in two decades this past year. Through her prep career, she earned numerous accolades, including all-conference and MVP twice. This year, Smith was selected to the all-area team and unanimously named Central Suburban Conference Athlete of the Year.

“Kendall [Smith] is a dynamic six rotation outside [hitter],” Kupferberg explained. “Her athletic ability allows her to play at an elite level and we are excited to see her compete in our gym next year. Her full potential rivals anyone we’ve seen come through our program.”

Off the court, Smith’s performance in the classroom earned her academic honors all four years at Glenbrook South High School. She will study in Howard’s School of Business, focusing on marketing.

Between the lines, Bolden took Notre Dame High School to back-to-back league championships while being named all-league three times for her contributions.

“Jennifer [Bolden] gives us a strong lefty swing that is used to competing against some of the top players in the country,” Kupferberg stated. “She has every tool needed to become a high-level student-athlete, if she works hard over the next few years.”

She excelled academically in in the classroom which led to four all-academic awards while being chosen for multiple leadership and mentorship roles. Bolden will major in Sports Medicine with plans of becoming an anesthesiologist.

Patterson was a standout defender during her time at Waukegan High School. In competition, she earned MVP, all-conference and all-area honors while leaving as the Bulldog’s the all-time dig leader (1,379).

“I still remember watching Amari [Patterson] with her red shoes flashing around the court making tough plays look easy,” Kupferberg recalled. “She caught our eye and I immediately knew we needed to get her on our squad. If she continues to study the game, Amari will cause headaches for our opponents.”

Patterson will enroll in Howard’s School of Business, preparing for a career in marketing.

James led her team to their first regional championship at JL Mann High school. She was put on the JVA and AVCA Phenom Watch List while earning multiple all-tournament and all-regional awards. She leaves JL Mann holding the all-time dig record (1,247).

“Remy [James] covers so much ground with her quick feet that she will definitely pick up a lot of digs throughout her four years,” Kupferberg expressed. “Once we get her settled into our defensive system, her only limitations will be the ones she sets for herself.”

James will major in Political Science with preparation for law school. The South Carolina native plans to become a defense attorney.

During her prep career, Cardona received several awards, including MVP, an AAU All-Star and three-time All-County. Last year, she led the Polk State volleyball program to a conference championship while finishing fourth nationally.

“Milexa [Cardona] adds another strong setter to our program,” Kupferberg said. “She has the maturity and consistency that can help us grow our capabilities on offense. We will have to get her up to speed, quickly, this fall, but she has the ability to handle that pressure and thrive.”

Cardona will enter Howard’s School of Communications with career plans in broadcasting or journalism.