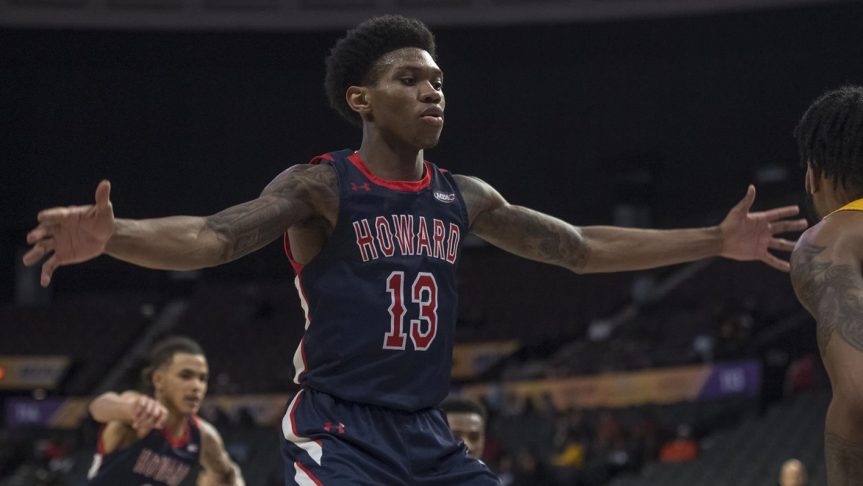 Former Howard playmaker Charles Williams stands out above the rest

Q: What is your favorite part about being a Howard student-athlete?

A: Howard shows a lot of love to their student-athletes. It’s real love because the HU community tells you what you need to hear, good or bad. At the end of the day, Howard always comes through and praises you when things get done.

Q: How did you get started in basketball?

A: I started playing basketball at four years old. Around the same time, I used to love watching Space Jam and Michael Jordan highlights with my dad.

Years later, I watched Lebron James and Kobe Bryant highlights, constantly, while trying to emulate every single one of their moves. I played AAU, along with other organized basketball programs, and between ninth and tenth grade, I became pretty good.

Howard was my first scholarship offer and once I took my official visit during HU Homecoming, I was sold. During my visit, I fell in love with the people and my future teammates were extremely inviting as they welcomed me into the fold.

Q: What kept you motivated?

A: My motivation was to reach my full potential on and off the court, becoming the best basketball player and person I could be.

For basketball, I play to the best of my ability so I can make this a means to provide for my family. As a person, I was raised to be a respectful individual with integrity, and it was through that I learned my opportunities presented itself.

Q: If you were not competing in basketball, what other sport would you play?

A: I would probably have played either football or baseball. When I was younger, I remember playing football one day as a wide receiver where I turned my head way too hard. At that moment, I realized this was not the sport for me (haha).

A: Lebron James is most definitely my favorite athlete because I love the way he represents himself on and off the court. He has never been involved with any scandals since arriving in the NBA as a teenager and whenever you hear his name, it’s always positive. He is definitely my role model.

Q: What are your plans after graduation?

A:  I will be talking to agents as far as trying to get interviews with NBA teams while getting an opportunity to work out or play with them as well.

A: I will probably miss dorm life with my friends and teammates the most. Those interactions with the same people every day are moments I will always remember.

Q: What advice would you give to future Bison?

A: My advice to future Bison would be to network and connect with as many people as possible. Networking is so important because you never know who you will come across in the future.

A: I would like to thank my coaches and teammates for their support. Also, all my friends who attended the games no matter the outcome.

Lastly, I would like to thank my professors and everyone who supported me to this point.

A: It was an emotional roller coaster with many good and tough times; but nonetheless, it was a memorable ride. There is no other school or community I would rather attend than Howard University. Don’t worry, I will be back.

Charles Williams was a four-year member of the men’s basketball team, ending his collegiate career as the school’s all-time leading scorer. The Virginia native chose HU because he wanted to take the program to new heights, which he achieved during his junior campaign by guiding the club to its first postseason tourney since 1992 (Roman College Basketball Invitational).

Williams finished his illustrious career as the MEAC All-Time Scoring Leader, producing 2,404 points. He racked up numerous individual accolades along the way, including 2016-17 MEAC Rookie of the Year.

In May 2020, the three-time BOXTOROW All-American graduated with a degree in health management. Currently, Williams plans to pursue a career in the NBA.