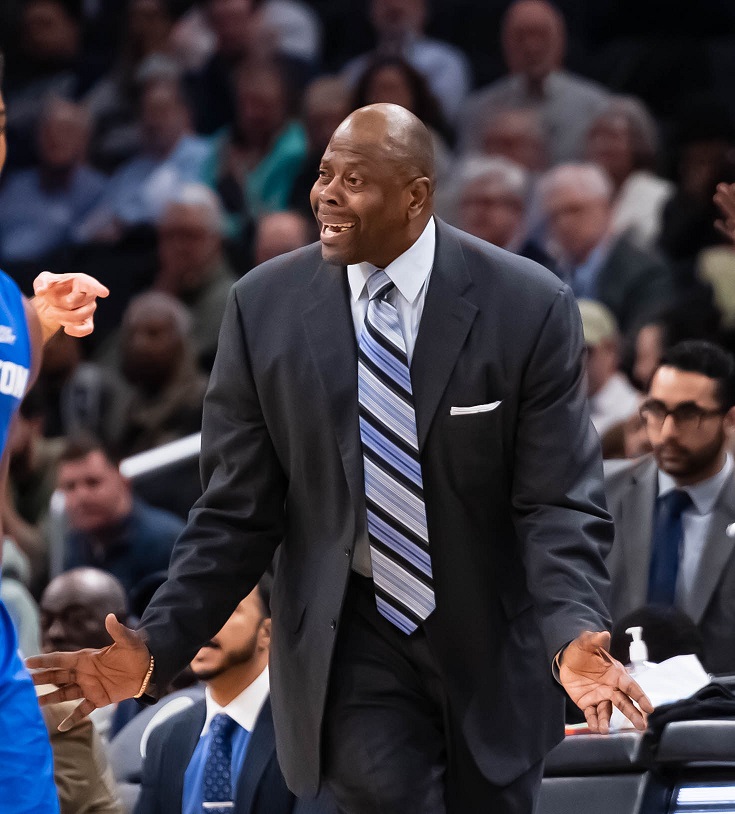 The Hall of Famer said he elected to publicly share his diagnosis to show how the coronavirus can affect anyone. He is isolated and under care at a local hospital.

“I want to share that I have tested positive for COVID-19. This virus is serious and should not be taken lightly,” Ewing said. “I want to encourage everyone to stay safe and take care of yourselves and your loved ones.”

The university said that Ewing is the only member of the Hoyas men’s basketball team to test positive for COVID-19. This past season, the third under Ewing, the Hoyas finished 15-17.

“Now more than ever, I want to thank the healthcare workers and everyone on the front lines,” Ewing said. “I’ll be fine, and we will all get through this.”

Ewing played four years at Georgetown, leading the Hoyas to three straight NCAA Championship games and won the national title in 1984. He played 17 years in the NBA, playing primarily for the New York Knicks, and became a two-time Olympic gold medalist playing for Team USA.

He retired as an 11-time NBA All-Star and was inducted into the Naismith Memorial Basketball Hall of Fame in 2008. After spending 15 years as an assistant coach for multiple NBA teams, Ewing became head coach for Georgetown in 2017.

Ewing’s announcement comes after former Washington Redskins star Dexter Manley also tested positive for COVID-19. Former teammate John Riggins said on his “Riggo The Diesel” podcast that the defensive end is “steadily making a recovery” after receiving an update from his wife, Lydia.

“He is doing much better,” Riggins said. “I’m not sure he was ever really that ill, but his oxygen levels were a little low, they put him on oxygen, he has never been on a ventilator. All of this stuff is improving as we speak. He’s still got a little ways to go.”

First reported by The Washington Post on May 16, Manley, 61, felt sick for two weeks and went to the hospital once his symptoms worsened.

Manley, a two-time Super Bowl champion, spent eight years of his career in Washington and is the franchise’s all-time sack leader (91).