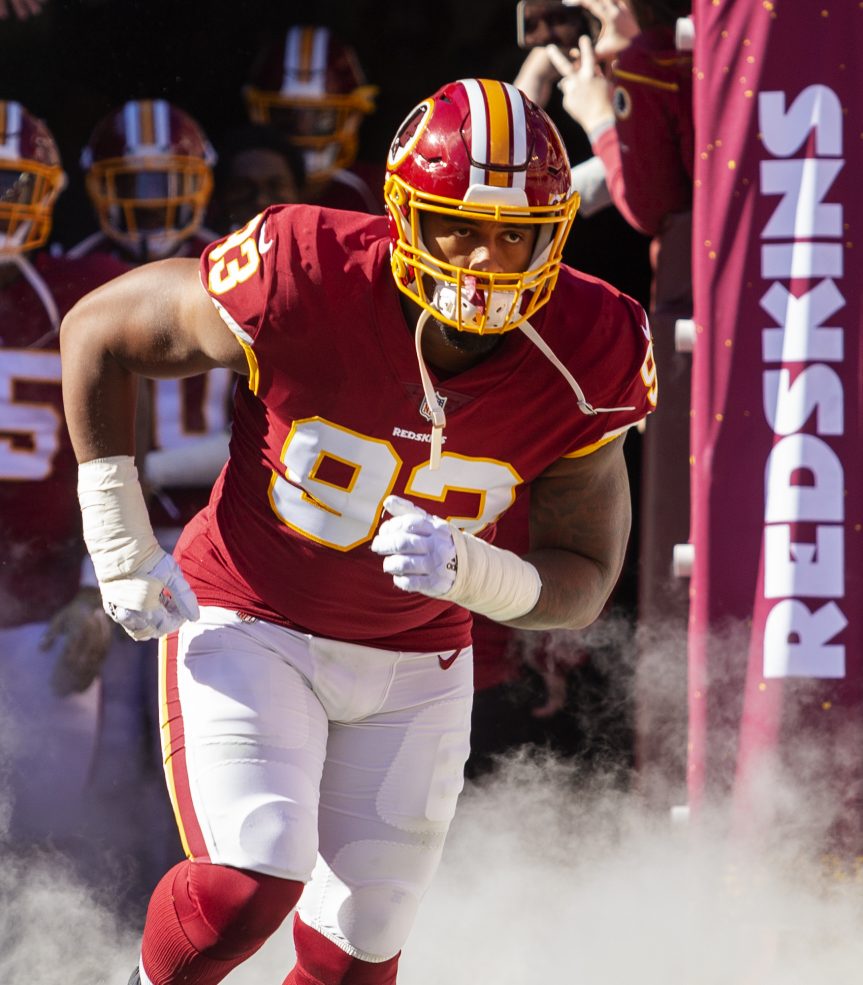 WASHINGTON — While the coronavirus pandemic has led to an unusual NFL offseason, Washington Redskins lineman Jonathan Allen has not let anything take his focus away from the high expectations he has for the upcoming season.

Ever since emerging as a formidable force at Stone Bridge High School in Ashburn, Va., Allen has been a part of a winning culture. However, with the three seasons that Allen has competed for the Redskins, the team has a combined record of 17-31 with no postseason appearances.

One of Allen’s primary objectives, along with his teammates and Washington Redskins head coach Ron Rivera, is to re-establish a winning tradition in the nation’s capital.

Allen said he first met Rivera as soon as Washington signed him as its new head coach.

“He seems like the type of guy that we need in Washington to help get this culture change and turn things around for the better.”

Allen, a No. 17 overall pick in the 2017 NFL Draft, has gradually improved in the professional ranks and is coming off his best season for the Burgundy and Gold.

The 6-foot-3, 300-pounder ranked fourth on the team this season in tackles with 68, up from 61 for the 2018 season and 10 his rookie season. Allen has also recorded 15 sacks in his three years with Washington.

Even amid the public health crisis, Allen has made sure that he has remained physically active as local authorities have not yet lifted restrictions on public gatherings, OTAs, etc.

“I’ve been trying to do anything just to stay active and stay fit. I mean, I work out every day, but it gets pretty boring because usually, I mean, I get done with workouts by 12:00, and we have meetings from 12 to 2, so from 2:00 on, I’m literally doing nothing,” Allen said.

“Just trying to do something to get out of the house and keep my mind sharp and just not get so bored because there’s really nothing to do out here.”

Restrictions and ordinances such as the stay-at-home orders resulting from the pandemic have left many athletes in positions of uncertainty. Still, Allen is confident the NFL season will be up and going in a timely fashion.

“Well, I mean first and foremost I’m definitely hoping to play the season which I think we will, I couldn’t imagine us not playing a season,” Allen said.

The former University of Alabama standout added that this lockdown provides the valuable time that he is using to enhance his training regimen and get ahead of the competition.

“And really just try to use quarantine as an opportunity for me to get ahead of the game and get ahead of my competition a little bit with how hard I’m training, so those are some of the things I’ve been doing.”

Allen quickly became a fixture on the defensive line at Alabama, where he amassed 152 tackles (44.5 for loss), 28 sacks and three forced fumbles during his career.

He additionally earned numerous awards and honors and helped the Roll Tide to a national championship in the 2015 season.

Thus far, there have been several NFL personnel who, at one point, were diagnosed with the coronavirus, including New Orleans Saints coach Sean Payton, Denver Broncos linebacker Von Miller and rookie receiver Antonio Gandy-Golden.

While Allen is more than ready to get back on the field, he understands that safety is paramount and has embraced the process of adjusting amid the COVID-19 crisis.

“I mean first things first; you definitely want to be safe. But as far as moving forward, I mean I have full faith in our medical staff, so I mean, it’s really what they determine and what the NFL determines is safe for us to move forward with,” Allen said in response to moving forward and playing this upcoming fall.

“That’s really all I can think about, and it’s just so much for one person to even try to comprehend that it’s not even worth it, you know? Just pray for the players that do have it and do everything you can to take the precaution to be safe.”