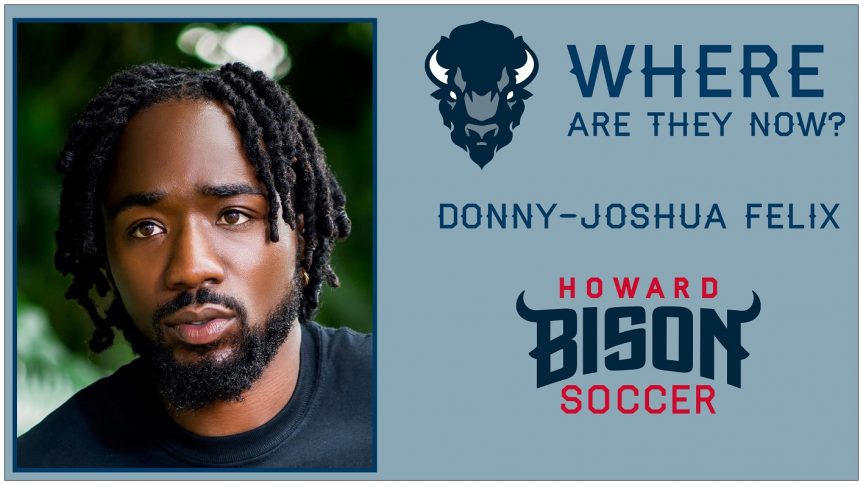 WASHINGTON – Hailing from Miami, Donny-Joshua Felix was a four-year starter on the Howard University men’s soccer team where he played more than 70 contests for the Bison.

After three years under HU alum Michael Lawrence, the South Florida native played his final season under head coach Phillip Gyau in his first year at the helm, competing in 19 matches.

In 2015, Felix graduated from The Mecca and pursued a professional soccer career for more than three years.

Although injuries derailed his aspirations of playing professionally, Felix discovered the importance of a healthy lifestyle while cultivating a desire to learn how to properly train.

Felix’s new goal is to train others in proper movement and help athletes reach their optimal performance while decreasing their chance of injury.

In addition, Felix hopes to empower and motivate others, especially millennials, to adopt and maintain healthy lifestyles. Viewing this as his purpose in life, he has begun working towards this dream by starting a #RunWithMeChallenge on social media, which began April 20, 2020. This purpose helps promote consistency and accountability through running but has gotten much bigger than expected.

Having his good friend NBA standout Elfrid Payton of the New York Knicks, along with others from the NBA community, share and tag the challenge caused a tremendous spread within two days of posting.

Considering the ongoing success of the #RunWithMeChallenge, Felix continues to make this his mission to inspire others.