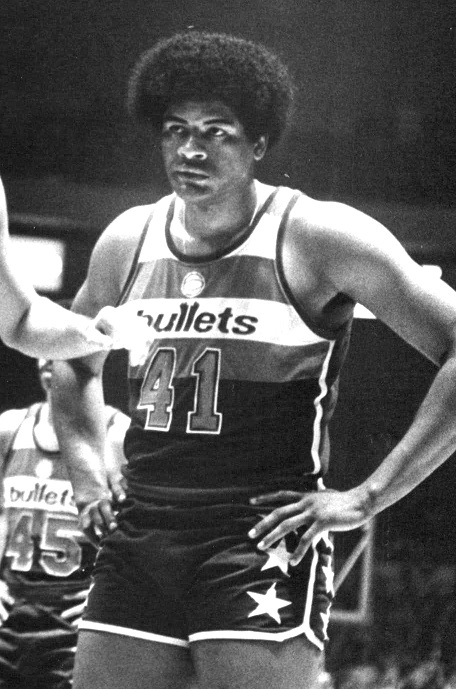 WASHINGTON – The Washington Wizards mourn the passing of franchise and NBA legend Wes Unseld. Universally considered as one of the greatest players in franchise history, Unseld led the then-Bullets to the NBA Championship in 1978. He was 74 years old.

“On behalf of the Wizards organization and the entire MSE Family, I would like to extend our deepest sympathies and condolences to the Unseld family, including his wife Connie, daughter Kimberly, son Wes Jr. and his two grandchildren as well as his large number of extended family and friends,” said Chairman & CEO of Monumental Sports & Entertainment Ted Leonsis.

“We all admired Wes as the pillar of this franchise for so long, but it was his work off the court that will truly leave an impactful legacy and live on through the many people he touched and influenced throughout his life of basketball and beyond.”

The Baltimore Bullets drafted Unseld with the second overall pick in 1968 out of Louisville, where he finished his senior season as a consensus All-American selection.

In his first season in Baltimore in 1968-69, Unseld led Baltimore to its first-ever playoff appearance, winning 21 more games than the previous season.

Unseld showed his versatility by showcasing performances of more than 13 points per game, and 18.2 rebounds per game averages in his first season earned him Rookie of the Year and MVP Honors. Setting that milestone made him just one of two players in league history (along with Wilt Chamberlain) to win both awards in the same season.

“Those of us who were fortunate enough to spend time with Wes knew him as a generous and thoughtful man whose strong will was matched only by his passion and drive for uplifting others,” said Wizards General Manager Tommy Sheppard. “His physical prowess, undeniable talent, and on-court demeanor may have struck fear in opponents throughout the NBA, but he will be remembered best as a mentor, leader, and (a) friend.”

The 6-foot-7 center was the rock of the Bullets’ success in the ’70s, spending his entire 13-year career with the team. Unseld helped lead Baltimore to five consecutive playoff appearances and continued the streak when the team moved to Washington in 1973.

In all, the Bullets made 12 consecutive playoff appearances during his career, including four NBA Finals trips and the franchise’s championship run in 1978, when they defeated the Seattle Supersonics in seven games. Unseld was voted Finals MVP, averaging 9.0 points, 11.7 rebounds and 3.9 assists during that championship series.

“Wes was truly a gentle giant,” said former Wizards shooting guard Phil Chenier. “His scowl could be intimidating, but really he was a kind, thoughtful and protective comrade. Wes is the epitome of a great teammate, team leader and friend.”

A five-time All-Star selection, Unseld appeared in a franchise-record 984 games, averaging 10.8 points, 14.0 rebounds and 3.9 assists over his career.

He was inducted into The Naismith Memorial Basketball Hall of Fame as a player in 1988 and was voted as a top 50 player in league history in 1996. Unseld’s number 41 jersey was retired in 1981 and is currently one of five jerseys hanging in the rafters at Capital One Arena.

“I lost a great friend and teammate this morning who went home to Christ,” said former Wizards Elvin Hayes. “Know we all had great love for both you and your family, always my friend.”