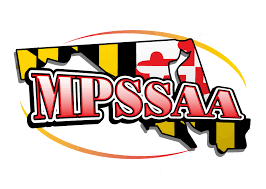 GREENBELT — The Maryland Public Secondary Schools Athletic Association (MPSSAA) has announced the winners of the 2020 Minds in Motion Scholar-Athlete scholarships, with a male and female recipient being selected from each of MPSSAA’s nine districts.

Back in March, the MPSSAA state semifinals had to be postponed and eventually canceled, along with the spring sports season, due to the ongoing COVID-19 pandemic student-athletes were awarded nonetheless.

Petrolle was a member of the boys’ lacrosse team at Damascus, as his senior season was unfortunately taken away from him due to the pandemic.

“It’s such a great honor for Reece to win the award,” said Swarmin’ Hornets Athletic Director Cliff Elgin. “He is a true student-leader and a great voice for our student body and supporter of all our athletic teams.”

While Petrolle mainly played boys lacrosse for Damascus, he was also on the football team until injuries prevented him from playing football any further.

Liu is also a multi-skilled athlete, competing as a swimmer and running track and field for Wootton, as she became the school’s first recipient of the award.

“We are all very excited,” said Patriots athletic director Alton Lightsey. “I was also able to teach her last year in Advanced Placement Language and Composition, where she impressed me with her analytical thinking and writing.”

David Onwonga of Parkdale High School and Jourdan Page of Eleanor Roosevelt High School have demonstrated outstanding initiative in the classroom and in their respective sports, prompting the MPSSAA to award them the ‘Minds in Motion’ student-athlete scholarships.

Of the 650 applicants throughout the state, only 18 were recognized, which speaks volumes as to how distinguished the honorees were.

Each winner was awarded $1,000 apiece. According to the MPSSAA, applicants had to be seniors with a minimum 3.25 weighted GPA and “have participated in interscholastic athletic activities sponsored by MPSSAA.”

The Allstate Foundation has sponsored this thirteenth annual program since its inception in 2008. A total of $152,000 in scholarship funds has contributed towards empowering and supporting the education of tomorrow’s future leaders.

Onwonga was beyond qualified for the Minds in Motion scholarship with a 4.1 weighted GPA and having excelled in outdoor and indoor track & field, basketball, and cross country between his sophomore, junior and senior seasons.

Parkdale Athletic Director Brian Moore said he encouraged Onwonga to apply for the scholarship in early spring. Onwonga took a stab at it, and a few months later, MPSSAA sent an email notifying him that he was a scholarship winner.

“I knew he was certainly qualified for it,” Moore said.

“This goes to show, once again, whatever stereotype you have about Parkdale or Prince George’s County athletics, he (Onwonga) comes to dispel any of those myths…What he’s done with this particular award is put Parkdale High School on the map and in the conversation with other schools around the state that we produce stellar student-athletes.”

Of the 18 award winners, Onwonga may have one of the unique stories. He went from battling asthma to becoming one of the best long-distance runners in PG County.

He endured a good deal of injuries and setbacks, but let none of the adversity hinder his success as a student-athlete.

As a sophomore, Onwonga tried out for the basketball team and was cut initially due to lack of stamina, he said, which of course, was a result of having asthma. However, the coach allowed him to participate on the team anyway and gave him a piece of sound advice at the end of the season that would change his high school athletic career.

“When the (basketball) season ended, he directed me toward track conditioning to get my endurance levels up,” Onwonga said.

“I trained for like two months… and I ended up winning county’s at the novice level.”

His sophomore season, Onwonga competed in the 800-meter run for Parkdale’s track & field program and won the county championships at the novice level.

As a junior, Onwonga ran cross country but unfortunately suffered a hip flexor tendonitis injury halfway the indoor track season, sidelining him for about four months, which means he missed the county championships, regionals, states and majority of the outdoor track season.

After recovering from the injury, Onwonga returned for the final three weeks of the outdoor season and set a personal record in the 800 with a time of 2:07.

“What drives me is not winning, but seeing my time improve,” Onwonga said. “When I see that I improve from a certain time, it makes me want to work harder.”

The summer before his senior year, Onwonga got hurt again: this time, a hamstring injury took a month to heal. Nonetheless, he was able to bounce back in the fall and place third in the county championship and at regionals.

Then arose another obstacle that unfortunately sidelined Onwonga for the regional and state meets: a plantar fasciitis injury.

Jourdan Page, an outside hitter for Roosevelt’s volleyball team, was a starter for three seasons after being bumped up from junior varsity as a freshman. Throughout her career with the Raiders, she has led her team to a regional championship, a county championship, and a 4A state semifinal appearance.

“It’s awesome to see someone recognize her for not only her athletic accomplishments but also the other parts of her Roosevelt achievements,” said Head Coach Scott Fifield.

As a junior and a senior, Page led Roosevelt in kills (170 this past season) and was second in digs.

Page, also a captain on the team, also recorded 52 aces, 34 blocks and 44 digs as part of a stellar senior campaign. Additionally, Page boasts a 3.8 weighted GPA. She applied for the scholarship in April, she said.

“I was honestly just looking for scholarships that I would qualify for, so I just saw this one, and I was like ‘Why not?’ It’s better that I apply for it and just see what happens than not go for it at all,” Page said.

“I was just very honored to receive (the award). Not just for the money, but the recognition is nice because it shows how much – being an athlete – you have to work on the court as well as off the court to be balanced.”

Page will head several miles north to compete for one of the better volleyball programs in the Mid-Eastern Athletic Conference (MEAC) at Morgan State University.

Page added to her athletic and academic accolades as a board member with the Student Government Association, the Black Student Union, and a volunteer with the Emerging Youth Leaders program and All America’s Youth Growth & Development program.

According to Page, the fact that two PG County athletes were selected for the scholarship disproves any negative stigma attached to local athletics and academics.

“I feel like people tend to look down on PG County sometimes, so it shows, you know, we have talent that needs recognition too,” she said.