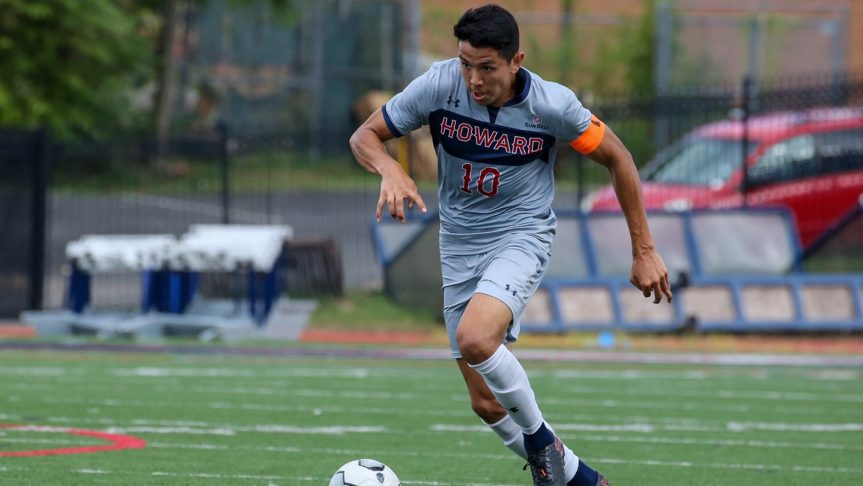 A: Soccer is a sport that’s not forgiving, which is my favorite part. The amount of effort put in behind-the-scenes is the same amount you’ll see on game day. You’ll reach your full potential if you put in the time and work.

Q: How did you get started playing soccer?

A: Well, a key part of Colombian culture is soccer. So, I grew up watching the World Cup and the Champions League where I fell in love with sport. At that time, I knew soccer was what I wanted to play.

Q: What keeps you motivated to continue with soccer?

A: Scoring a goal is an incredible feeling that’s unmatched. Celebrating with your teammates after driving the ball past a goalie is indescribable. The preparation of practicing 6,000 times for that moment is fulfilling.

The sport rewards hard work and dedication, that’s what keeps me motivated to continue playing.

Q: If you were not competing in soccer, what other sport would you play?

A: If I didn’t compete in soccer, I would have chosen cross country.

Both sports require running and endurance and I think I’ve gotten pretty good with those characteristics. So, I think cross country would be a good fit.

A: My favorite athlete is Portuguese superstar Cristiano Ronaldo because he’s the standard. On the field, he has speed, strength, endurance, and tremendous footwork with the ability to lead his team to victory. I admire someone who can do this on a consistent basis.

Q: What are your plans after graduation?

A: Once the dust settles after the pandemic and with God’s will, I’m looking to play professionally overseas in Europe.

A: I’ll miss the great times playing with my teammates. For me, serving as team captain was a big responsibility and I was honored to be the captain for an amazing team.

Also, playing and representing a prestigious institution was one of the best experiences in my life.

Q: What advice would you give future Bison?

A: My advice for future Bison is to never settle for mediocracy, always strive and fight for what you believe in.

A: I would like to thank Coach Phillip Gyau (Howard men’s soccer head coach) for always believing in me from the beginning while giving me the opportunity to grow as a person on and off the field.

Andres Gomez was a four-year member of the men’s soccer team where he played in 49 contests, racking up 31 total points, 14 goals and three assists.

In his final season, he led the nation in shot accuracy (70-percent) while earning Sun Belt All-Conference First Team. Gomez made the exclusive 2020 Major League Soccer SuperDraft list, ranking him among the top eligible players coming out of college.

The DMV native plans to graduate in the summer with a bachelor’s degree in business. After graduation, he plans to pursue a professional career overseas in Europe.