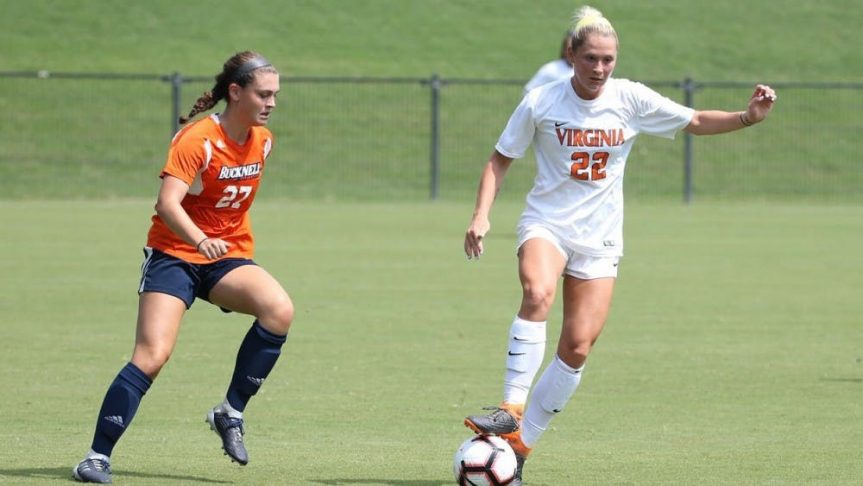 WASHINGTON – The Washington Spirit have signed forward Meghan McCool to a one year contract with an option for an additional year.

McCool joins the Spirit after being named to the Spirit’s 31-player preseason roster as a non-roster invitee back in March and will wear No. 26 for the Spirit.

McCool played a four years of collegiate soccer at the University of Virginia, playing in 88 games as a Cavalier, racking up 3,857 minutes of game time. McCool started 46 games in Charlottesville, with 44 starts coming in her junior and senior years.

The forward netted 27 goals over her collegiate career, with 15 coming during her senior season, tied for the most in the Atlantic Coast Conference (ACC).

McCool finished her senior year with a 0.68 goals per game percentage, second-best in the conference. She also scored six game-winning goals in 2019, including the deciding goal against No. 9 Duke in the ACC Tournament quarterfinals.

McCool played for Springside Chestnut Hill Academy in high-school, where she scored 136 goals over a four-year varsity career. McCool played at the club level for Penn Fusion, where she was selected for the 2015 High-School All-American game.

The UVA Alum also has experience with the United States Women’s National Team at the youth level, as she has been called into camp at the U-20 level on two occasions. McCool has also been called up at the U-18 and U-19 levels.

McCool has also played against the Spirit in the past, as the forward saw game time in UVA’s 2-0 loss to Washington during the 2017 preseason.