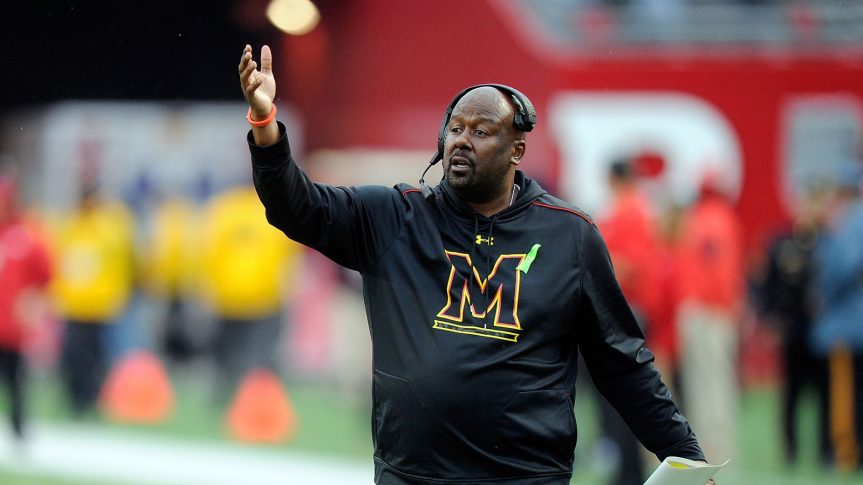 COLLEGE PARK – University of Maryland head football coach Michael Locksley is gearing up to take part in the third annual Quarterback Coaching Summit, which will take place virtually from June 22-23.

In partnership with the NFL and the Black College Football Hall of Fame, the two-day program will allow an opportunity for NFL and NCAA assistant coaches to experience professional development and networking opportunities. The program focuses on providing development opportunities for minority coaches on the offensive side of the ball.

“This is my third year being part of this outstanding program that gives minority coaches a great opportunity to learn and make connections,” said Locksley.

“I realized early in my coaching career that I wanted to create offensive schemes and be part of that side of the ball. That switch has provided me so many opportunities throughout my career and I relish in the opportunity to pay it back by not only being part of this summit, but also being available to any of these guys as they progress in their careers.”

Locksley spent his first four years in the coaching ranks on the defensive side of the ball before becoming Army’s wide receiver/tight ends coach in 1996. Locksley then coached running backs at Maryland and Florida before landing his first offensive coordinator job at Illinois in 2005. Locksley also coached quarterbacks at both Illinois (2006-08) and Maryland (2012-15).

“The Quarterback Summit brings together the brightest, most innovative and successful offensive minds from around the country,” said Troy Vincent, NFL Executive Vice President of Football Operations. “From professional development to networking to coaching best practices, this summit should leave no doubt about the promising pipeline of championship play callers within the sport of football.”

Sessions will focus on varying topics including building a coaching staff, quarterback position fundamentals, and other best practices for career advancement. Attendees will also have an opportunity to hear from and network with members of the NFL’s Workplace Diversity Committee. New this year, past NFL Bill Walsh Diversity Coaching Fellowship participants were also invited to attend, continuing pipeline candidate’s relationship with the league.

“We are excited to continue this partnership with the National Football League as qualified coaches and executives come together to advance their careers,” said Doug Williams, co-founder of the Black College Football Hall of Fame (BCFHOF).

The 2019 Quarterback Coaching Summit was hosted at Morehouse College in Atlanta, Georgia. In its first year as an NFL co-sponsored event, the Summit connected three dozen participants with NFL club coaches and executives to help identify and develop more diverse candidates for offensive coaching positions.