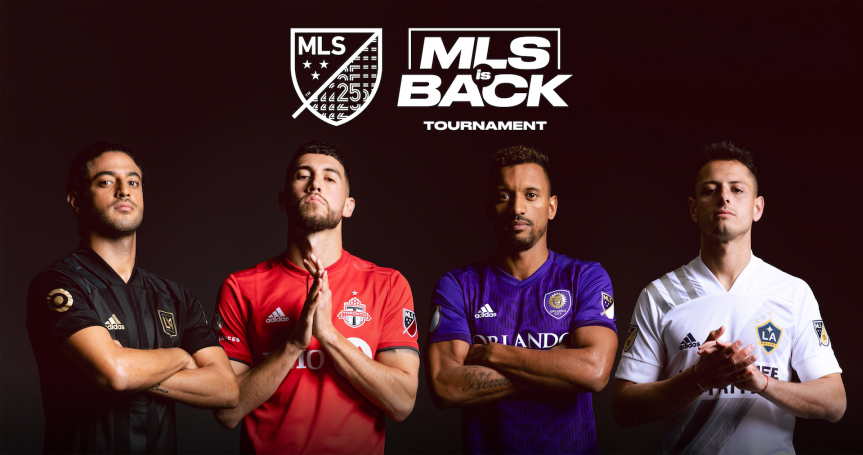 WASHINGTON – D.C. United will restart its season as part of a World Cup-style competition, titled the MLS is Back Tournament, as the sport returns to action following a break due to the coronavirus pandemic.

The opening match of the tournament will pit host Orlando City FC against expansion side Inter Miami CF in Group A play on July 8. The rest of the schedule will be announced on a later date on the league’s website.

The MLS is Back Tournament features all 26 Major League Soccer teams playing games at the ESPN Wide World of Sports Complex at the Walt Disney World Resort in Florida.

“We are pleased to team up with Disney to relaunch the 2020 MLS season and get back to playing soccer,” MLS Commissioner Don Garber said. “The opportunity to have all 26 clubs in a controlled environment enables us to help protect the health of our players, coaches, and staff as we return to play.”

With the tournament, MLS joins the National Women’s Soccer League (NWSL) to make soccer the first professional team sport to return to play in the United States since the start of the pandemic.

The top two teams in each group, along with the four best 3rd-place finishers, will move on to the knockout stage.

All group stage games will count toward the regular season, which will continue at each team’s home venues after the competition. The winning team of the MLS is Back Tournament will earn a spot into the next edition of the Concacaf Champions League, and their players receive bonuses as part of a $1.1 million prize pool.

All players will be tested for COVID-19 before and after flying to Florida on June 24. Teams and their representatives who travel to Orlando will be checked regularly, including the day before each match, league protocols said.

For its part, D.C. United announced Saturday that one player tested positive for the coronavirus during a round of mandatory testing. The player is going through “appropriate isolation protocols” and was not in attendance during the club’s field painting event for Black Lives Matter last week, team officials said.

Regionwide restrictions forced United to hold off its individual exercises until May 29 at Segra Field in Leesburg, Virginia. Most MLS teams began single-player workouts in early May, advancing to small group sessions on May 28. The club finally returned to Audi Field for group workouts on June 4.