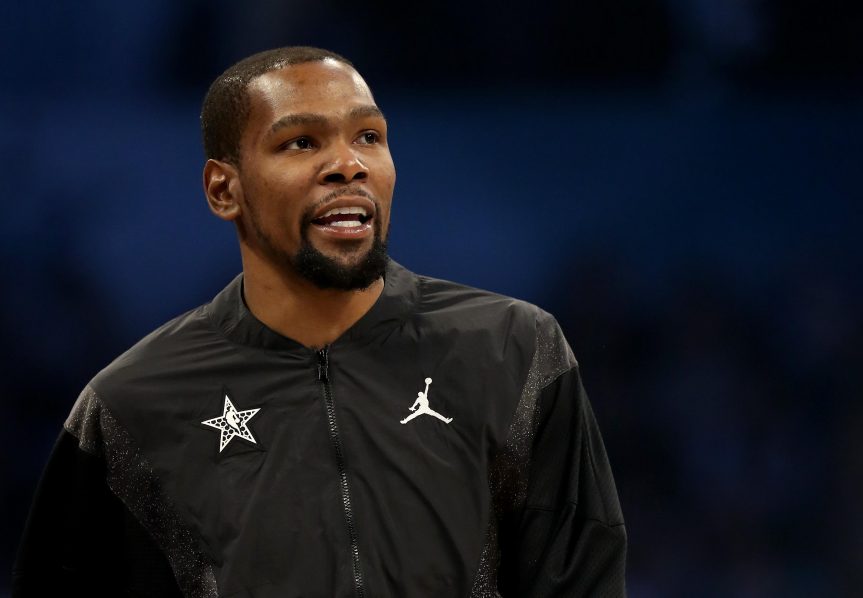 WASHINGTON – Prince George’s County native and basketball star Kevin Durant becomes the newest NBA star to expand his off-the-court portfolio with an investment on the pitch.

Together with his business partners at Thirty Five Ventures, Durant purchased a 5% ownership stake in Major League Soccer side Philadelphia Union, the club said on a press release.

The Brooklyn Nets forward has the option to purchase an additional 5% in the future.

“My team and I connected instantly with the Union coaching staff and leadership, as well as the team’s story,” said Kevin Durant. “Off the pitch, I’m looking forward to working in the Chester and Philadelphia communities and making an impact in the same way that the KDCF has been able to in my hometown of Prince George’s County.”

As part of the deal, Durant and Thirty Five Ventures will focus on growing the Union’s footprint in the sports world with marketing opportunities while helping expand the club’s community outreach with the Kevin Durant Charity Foundation.

Union Principal Owner Jay Sugarman said Durant brings a unique perspective “as a person, as a champion, and as a sports icon” to the 12-year old club.

“His work with the Kevin Durant Charity Foundation has shown he has a community-first mindset that resonates with our club’s DNA,” Sugarman said. “Combined with his competitive drive and forward-thinking mentality, we believe Kevin adds a key piece in reaching our ambitions for the club.”

The move makes Durant the second basketball star to invest in an MLS franchise.

Other players have shown their interest in the sport globally, with Los Angeles Lakers star LeBron James owning 2% of English Premier League side Liverpool. Retired point guard Steve Nash is both a co-owner of MLS’ Vancouver Whitecaps and Spanish club RCD Mallorca.

In their first set of actions following the ownership purchase, Thirty Five Ventures will work with the Union to help youth social justice programs in Chester, Pennsylvania, where their home venue Subaru Park is located.

Both are planning to support food banks and small businesses affected by COVID-19 while working on youth sports programming in the surrounding areas.

“We are excited to bring our expertise to this partnership and help expand the Philadelphia Union’s footprint not only in soccer but the sports world as a whole,” Rich Kleiman of Thirty Five Ventures said. “We set out to create a different type of partnership that isn’t simply a passive ownership stake, but real involvement across marketing and business development from the whole Thirty Five Ventures team.”

The Athletic reported in October that Durant expressed interest in purchasing an ownership stake in local MLS side D.C. United in 2012, and again in 2018. The latter date came as the club was preparing to open its new stadium, Audi Field, and acquire English superstar Wayne Rooney. In both cases, both parties could not agree to a deal.

The Union is coming off its best season to date, recording a club-record 16 wins and its first playoff win. Two of their homegrown players, Brenden Aaronson and Mark McKenzie, recently made their debuts for the U.S. Men’s National Team.

“It is always cool to see an NBA superstar have affiliations with football,” McKenzie said. “To have it so close to home is a very nice feeling. Hopefully, I get the chance to meet him and chat and inquire [about] his business insight.”

Off the field, the Union helped reestablish Chester High School’s soccer program after a 30-year absence. The club also announced a partnership with the City of Philadelphia to build 15 mini-pitches and two signature soccer fields in inner-city neighborhoods over the next five years.

Philadelphia returns to the field during the MLS is Back Tournament in Orlando, scheduled to start on July 8.