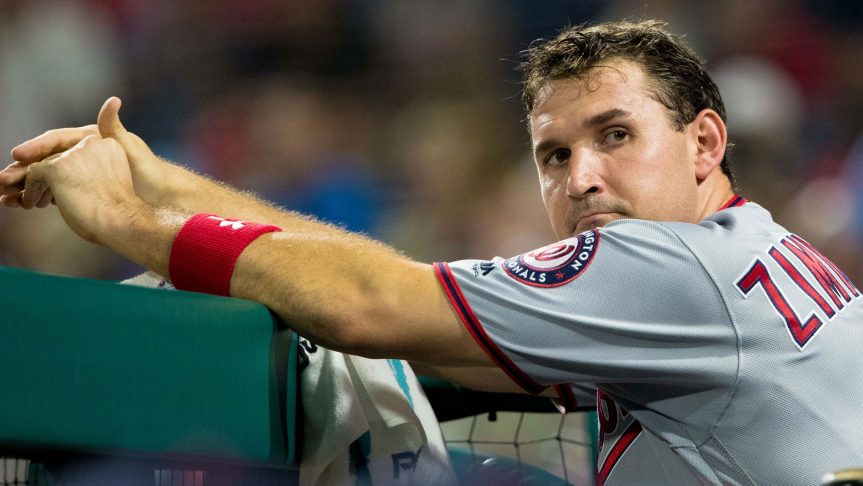 Zimmerman and Ross will not join team in 2020 season

WASHINGTON – Last October, in what now feels like a millennia ago, the Washington Nationals brought the first World Series trophy back to the nation’s capital since 1924 after defeating the Houston Astros.

Two hundred forty-five days since that historic Game 7 victory, the Nationals are finally back in town in the Navy Yards neighborhood, although under seemingly unprecedented circumstances.

As we enter July, in what is typically the midway point of the Major League Baseball (MLB) season, players, coaches and staff throughout the league are reporting to their respective ballclubs.

In an agreement made last week between MLB and the league’s players association, teams will report to an abbreviated “spring” training at their home facilities by July 1, start workouts on July 3 and begin the 60-game regular season on July 23 and 24.

Before this hiatus from baseball, major league teams had begun spring training in Florida and Arizona before play came to an abrupt halt in the middle of March due to the COVID-19 pandemic.

For the abbreviated training period in July, teams are limited to a 60-player pool competing for 30 spots on the Opening Day roster.

While the Nationals will open the regular season with up to 30 players, each team must cut the active roster down to 28 players two weeks into the season. After another two weeks, rosters will be cut again to 26 players for the remainder of the season.

Players who are removed from the active roster may stay in game shape at the Alternate Training Site, which will likely be the closest minor league facility; Fredericksburg (High-A) will likely serve as the Nationals’ alternate site.

Among roster changes and a shortened season, MLB is also adding a universal designated hitter, a player automatically at second base during extra innings during the regular season and an August 31 trade deadline before the regular season concludes on September 27.

Of the 60 games, 40 will be divisional, and 20 will be interleague. Additionally, to limit any semblance of contact, spitting on the field will be prohibited.

Unlike the NBA, where players will be secluded in a central location, MLB teams are expected to travel. In the event that a player contracts the novel coronavirus, he will be placed on the COVID-19 injured list, which does not have a specific time length. The player must test negative twice and show no fever for 72 hours before returning to the ballclub.

Players can opt-out of the season, but only those who are medically certified as “high risk” can receive full prorated salaries.

Since the announcement of the player pool, at least two notable Nationals players have chosen to forgo commitments to the upcoming season.

Ryan Zimmerman announced on Monday that he would opt out of playing the 2020 season, citing family circumstances as the deciding factors. Zimmerman, 35, will forgo his $6.25 million salary (which would have been about $2.3 million in prorated pay for 60 games) but says he has no plans on retiring from the sport.

Pitcher Joe Ross, who was in line to be the Nationals fifth starter, is also opting out of the 2020 season.

Despite the loss of Zimmerman and Ross for the season, many of the spots on Nationals Opening Day roster are all but certain, barring injury or unforeseen circumstances.

Bulk in starting and relief pitching will likely make up more than half of Manager Davey Martinez’s roster. With the addition of the designated hitter to the National League in 2020, the Nationals will also likely add an additional bat or a third catcher to the mix.

A notable invitee for the Nationals is pitching prospect and last year’s first-round pick Jackson Rutledge. He is unlikely to make the final roster but posted a 3.13 ERA in 37.1 minor league innings in his first season as a professional.

Top prospect and former first-round pick Carter Kieboom will also be a player to watch as he looks to fill the void at third base with the team’s loss of Anthony Rendon to the Los Angeles Angels. He spent parts of 2019 on the Major League club and is expected to begin the season on the active roster.

Although much of the scheduling details for the season have yet to be announced, the Nationals are slated to open the season with an interleague matchup against the New York Yankees.