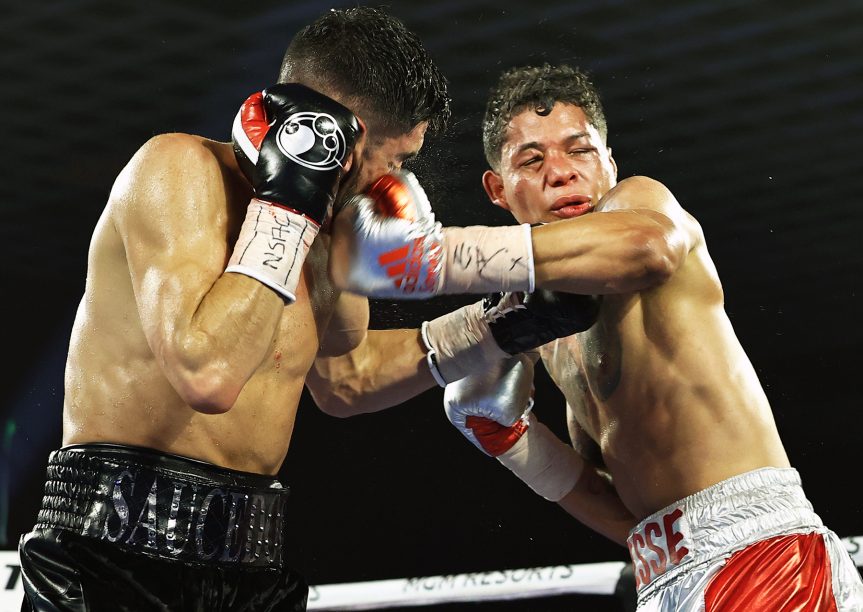 According to CompuBox, Saucedo outlanded Fredrickson, 318-172.

“We worked on a lot of things in the gym. It was important for me to get the rounds in, and Sonny was a tough opponent,” Saucedo said. “I am ready to take over the 140-pound division. Whatever opportunity comes my way, I will take advantage of it. Most importantly, I got rid of the ring rust and went 10 hard rounds.”

— Josue “The Prodigy” Vargas hit Salvador Briceno with everything, including the kitchen sink. After 10 rounds, Briceno was still standing, and Vargas earned a unanimous decision by scores of 100-90 2x and 99-91. Vargas (17-1, 9 KOs), a rising junior welterweight contender, extended his winning streak to 11. Briceno (17-6, 11 KOs) fell to 2-3 in his last five outings.

— Two weeks after a decision loss inside “The Bubble,” Detroit native Isiah Jones (9-2, 3 KOs) rebounded to defeat the previously undefeated Donte Stubbs (6-1, 2 KOs) via majority decision in a six-round middleweight bout. Jones, the first Bubble returnee, prevailed by scores of 57-57, 58-56 and 59-55.