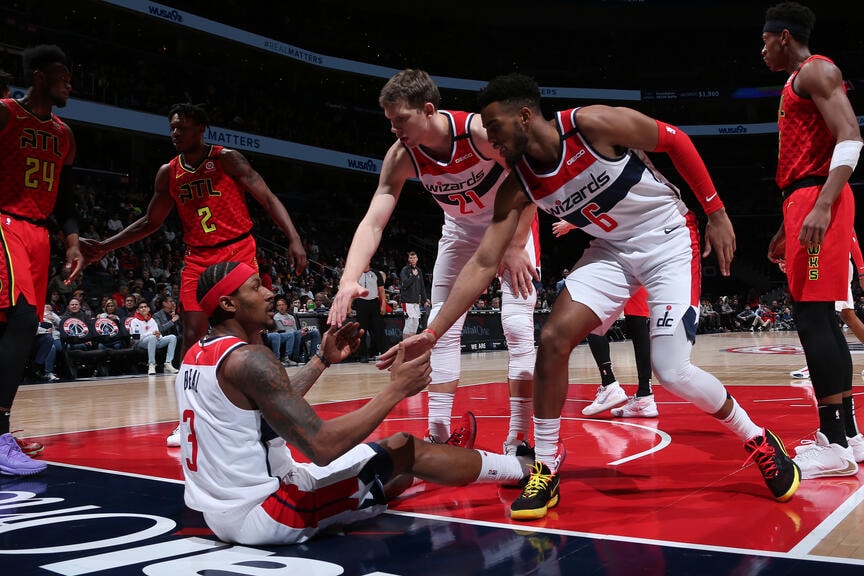 WASHINGTON – The speculation on whether or not Bradley Beal will play in Orlando is over after the Washington Wizards announced the All-NBA candidate would not play due to a shoulder injury.

The team departed for Orlando on Tuesday. Beal and sharpshooter Davis Bertans are the only Wizards who are not playing or joining the team for the rest of the 2020 campaign.

Beal was working day-to-day with the team to manage an injury (right rotator cuff) he’s been dealing with since the early stages of the season.

Even though the suspended season gave him some time to recover, it was not enough as his symptoms worsened during the long layoff, but he still rehabilitated intending to play.

After consultation from Wizards Chief of Athlete Care & Performance Daniel Medina, Wizards Orthopedist Dr. Wiemi Douoguih, Beal, and his representation, the decision was made.

“This was a difficult decision and one that I did not take lightly as the leader of this team,” Beal said. “I wanted to help my teammates compete for a playoff spot in Orlando, but also understand that this will be best for all of us in the long term. I appreciate the support of my teammates, the fans and the entire organization and look forward to returning next season to continue the progress we have made.”

The announcement comes a week after Beal said on a Zoom call with media last week that he was still dealing with nagging ailments from before the season was suspended but was still working out every day at the facility with the coaching staff. Beal also said that he was not swayed one way or another during the call on whether he would play or not.

“Bradley did everything possible to be ready to play, but after closely monitoring his individual workouts, we came to the conclusion that it was best for him to sit out the upcoming games in Orlando and avoid the risk of further injury,” said Wizards General Manager Tommy Sheppard.

“Although he was able to play through the majority of the season with the injury, the layoff from March until now did not leave any of us feeling comfortable that he would have enough time to be ready to perform at the extremely high level we are all accustomed to seeing and agreed that not participating in the games in Orlando was the right decision.”

The All-NBA candidate was averaging 30.5 points per game and trailed only James Harden (36.7 points per game) for the league scoring title. Beal also showed off his playmaking ability as a facilitator, contributing a career-high 6.1 assists per contest.