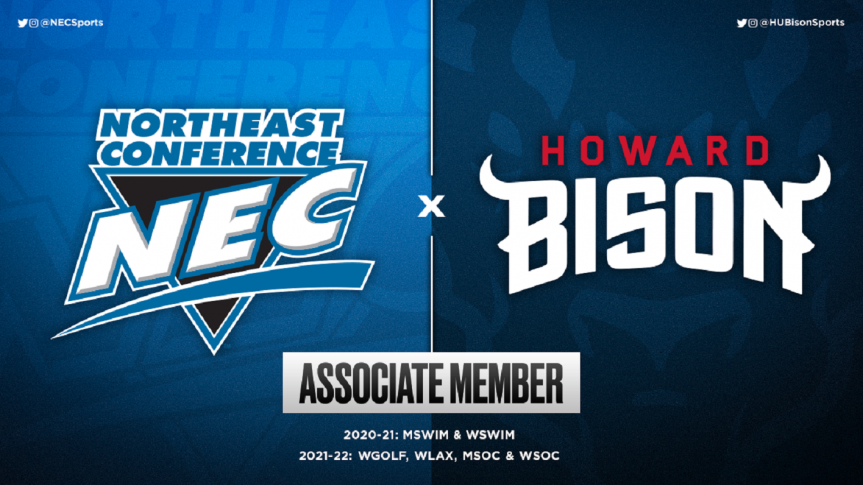 WASHINGTON – Howard University has accepted an invitation from the Northeast Conference’s (NEC) Council of Presidents and will join the NCAA Division I league as part of a six-sport associate member partnership.

Founded in 1867, Howard is a private, historically black university (HBCU) based in Washington, D.C.

“Howard University is pleased to become an associate member of the Northeast Conference. This move will significantly reduce the geographical footprint that our athletes must travel for games, which will have a positive impact on our travel expenses,” said President Wayne A. I. Frederick.

“I’d like to thank our former conference homes for these particular sports, the Southwestern Athletic Conference, Sun Belt, ASUN, and the Coastal Collegiate Sports Association, for their previous support of our programs.”

NEC men’s and women’s soccer membership will stand at ten and eleven, respectively, with the Bison’s addition. The conference will feature a nine-team women’s lacrosse alignment, while women’s golf sponsorship rises to eight programs.

Howard is a full-time member of the Mid-Eastern Athletic Conference (MEAC) and will continue its membership with this conference change. Howard previously held associate membership in the Sun Belt in men’s soccer, the SWAC in women’s soccer, and the A-Sun in women’s lacrosse.

The 2020-21 campaign will mark Howard’s first season of competition in the sport of women’s golf.

“This is a great opportunity for the student-athletes in these six programs,” said Howard Director of Athletics Kery Davis. “Our teams will have an opportunity to compete in a competitive conference while reducing their time away from the classroom. Thank you, Commissioner Noreen Morris and NEC Council of Presidents, we look forward to competing next year.”