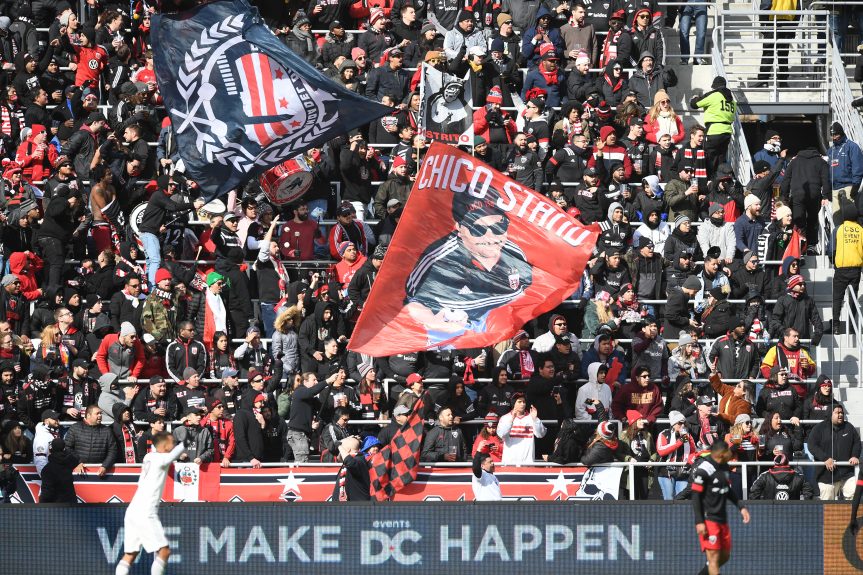 WASHINGTON – D.C. United’s first match in the MLS is Back Tournament in Orlando against Toronto FC, scheduled for Sunday, July 11, has been postponed following the results of two COVID-19 tests, Major League Soccer officials said.

“Because of the arrival time of the clubs in Orlando, the league’s protocol called for retesting both teams this morning and to await the results of those tests prior to playing the match,” the league said. “Major League Soccer will continue to prioritize the health and safety of all participants of the MLS is Back Tournament in making these decisions.”

League policy states that the player will be moved away from the team’s accommodations at the Walt Disney World Swan and Dolphin Resort and be quarantined for 14 days.

United arrived at the ESPN Wide World of Sports Complex for the match, slated to kick off at 9 a.m., whereas Toronto FC did not before the match was called off. The Washington Post reported United trained for a few minutes before boarding back on the buses to return to their hotel rooms.

Both teams were making their debut in the tournament in group play.

Both teams are in Group C with the Montreal Impact and the New England Revolution, who had played earlier in the week. The Revolution won 1-0.

Prior to the game’s start, United players showed their excitement leading up to the match on their social media platforms. It would have been United’s first game in four months. However, following the cancellation, the mood of their posts changed.

This is not the first time MLS rescheduled tournament games. FC Dallas was pulled from the competition after 10 players, and a member of their coaching staff tested positive for COVID-19, causing a reworking of Group B teams.

Nashville SC was also pulled out before matches began after nine players tested positive before arriving in Orlando. MLS changed many matchdays, including moving United’s game with Toronto, initially scheduled for Friday, July 10, to Sunday.

“To every DC United supporter, our families & friends, I’m sorry you woke up so early to see us play, to then have the match postponed AGAIN,” United goalkeeper Bill Hamid said on Twitter. “Especially after so many people planned originally to watch the game which was meant to play on Friday! Have a beautiful Sunday, regardless.”

United is still scheduled to play against ND.C. United’s first match in the MLS is Back Tournament in Orlando against Toronto FC, scheduled for Sunday, July 11, has been postponed to Monday, July 12, following the results of two COVID-19 tests, Major League Soccer officials said.

The schedule change will also affect United’s game against New England Revolution, moving it from Thursday, July 16 to Friday, July 17 at 8 p.m.